According to the interim managing director of the Transmission Company of Nigeria (TCN), Usman Gur Mohammed, TCN and the West African Power Pool (WAPP) are planning to build a second 330kV transmission line to boost electricity supply to Benin by 2021.

Mohammed, who is also the chairman of WAPP, disclosed this at a meeting to kick-off the project’s Environmental and Social Impact Assessment (ESIA) study in Abuja last week, THISDAY reported.

He also revealed that Nigeria’s power sector is targeting to attain 20,000MW transmission capacity within the next three years.

“The transmission rehabilitation and expansion programme seeks to expand the grid to about 20,000MW in the next three years. It is also intended to support the current institutional reform that will make TCN a 21st century compliant transmission firm,” Mohammed stated.

Mohammed continued: “The second 330kV Ikeja West transmission line to Sakete in Benin Republic is necessary as the first could soon be constrained by the demand for more power from the Nigerian grid increase.”

He further explained that transmission was no longer the weakest link in Nigeria’s electricity sector’s value chain as TCN now had a robust rehabilitation and expansion plan that had been endorsed by the ministries of power and finance and development partners, media reported. Read more…

TCN is no longer the weakest link in the power value chain as it is fast tracking the implementation of many power projects.

According to him, the TCN has also embarked on a nationwide installation of transmission transformers with three installed in Lagos last week, two scheduled for the north and another three in the Port Harcourt region shortly.

He said the TCN had saved cost of the installations of the transformers as the in-house engineers handled the projects at less than 10% cost of what contractors would have used in the past.

The WAPP project, he said would be supported by the New Partnership for Africa’s Development and African Development Bank, and that the ESIA study would be conducted within six months after which the construction would take another 24 months and then ready by 2021. 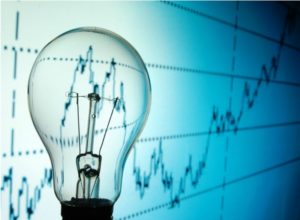