In West Africa, there are currently 150 million people without access to power, which Senegalese solar startup, Oolu, is striving to change.

The startup has recently secured a $3.2 million Series A funding round to deploy in-home solar kits for a minimal monthly fee.

Disrupt Africa reported: “The funding round was led by Persistent Energy Capital (PEC), and was joined by Y Combinator (YC) and other seed investors.

“Oolu will use the money to further invest in its current operations in Senegal and Mali, and expand into a third market in 2018.”

Disrupt Africa reported that the solar kits include three adjustable lights and two USB plugs, powered by a battery that holds a charge for up to six hours with maximum output. Read more…

Media explained: “For a low monthly fee, paid through mobile money, the Y Combinator-incubated Oolu installs the system and performs any necessary maintenance, including free battery replacements and system upgrades.”

Da osa, co-founder and CEO of Oolu, said: “This fundraise is an important milestone, and a further boost for us at a very exciting time for the company where we see real and significant opportunities in the west African markets.

“Today’s announcement gives us great confidence that we are on the right track in pursuing our goal of becoming the leading energy and financial services provider in West Africa.”

Disrupt Africa reported that Y Combinator partner, Geof alston, said Oolu had grown impressively quickly in one of the most unpredictable and difficult markets in the world, with the team proving it was strong enough to succeed in a challenging and fast-paced emerging market.

“We funded them precisely because those are the qualities that they will need to make their business successful, and they are already on the right path,” he said. 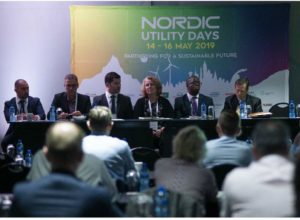