In Nigeria, an estimated 80 million people do not have access to modern modes of electricity; the majority live in rural locations and also lack basic necessities such as clean potable water.

With efforts to change this outlook for residents in Kigbe, an off-grid community in Kwali Local Government of Abuja, a 20kW solar mini-grid was installed, providing clean power 24/7. Additionally, a solar-powered borehole with 20,000 litres of capacity, providing an average of 50 litres of clean water to 300 people per day, was installed.

In Kigbe, an off-grid community in Kwali Local Government of Abuja, a 20kW solar mini-grid was installed, providing clean power 24/7. Additionally, a solar-powered borehole with 20,000 litres of capacity, providing an average of 50 litres of clean water to 300 people per day, was installed.

The Kigbe Solar mini-grid project provides 89 homes within the community with direct home solar power and the number keeps increasing. This allows the beneficiaries to power basic electrical appliances such as bulbs, fans and televisions, which they couldn’t do before. Havenhill Synergy Limited, a  cleantech organisation in conjunction with United States African Development Foundation and Power Africa, commissioned the plant on 11 2017.

Previously, residents relied solely on candles, kerosene lanterns and, for those who could afford it, petrol generators – all power sources contributing to health and environmental dangers. Since the installation, livelihoods have changed significantly – students can study late into the night because electricity is available and women can have their shops stay open till 9pm or more because electricity is available.

This project currently serves the energy needs of about 1,200 people within the community with about 95 connections. In addition, the mini-grid facilitated business development as there are now six businesses in the community whereas previously only two existed; this is purely as a result of facilitating access to electricity. New businesses including two barbing saloons, two provision stores and a viewing centre have been created, using the power generated from the mini-grid. Over the last six months, the businesses have also witnessed increased revenue directly connected to the availability of uninterrupted power supply.

At the conception stage of this project, access to finance was a major challenge as there were little or no commercial funders willing to fund such projects. Most of the capital (debt and equity) available in Nigeria did not support our business model. Fortunately, we overcame this challenge through the grant funding we received from States African Development Foundation.

Being a rural community that has never been connected to the grid, most residents do not have household appliances. This has resulted in low utilisation of the capacity of the system deployed. Therefore, in October 2018 the next phase of this project launched an appliance finance scheme for existing customers.

Energy efficient fans, refrigerators, grinding machines and televisions – all the most requested appliances – are being provided through a flexible payment scheme. This eliminates the high upfront cost associated with these purchases, which previously was a major limitation for the customers. Customers are able to pay over a 12-month period upon the payment of small initial deposit of 30%. This will stimulate consumption and increase the revenue from the mini-grid, which ultimately increases the sustainability of the project.

In order to witness the mass development of mini-grids across rural communities in Africa, long-term finance mechanisms need to be deployed at scale.

This model can be used to expand power access to other rural communities in Nigeria; especially industrial and commercial users including plants and telecom base stations, currently incapacitated by the erratic power supply in these outlying areas.

From a business perspective, these commercial users serve as anchor clients for mini-grid developers, providing a stable revenue stream in order to improve the sustainability of the mini-grid. With two mini-grids already deployed, Havenhill Synergy plans to scale this solution to reach more communities in a bid to increase energy access to over 200,000 people over the next three years.

In order to witness the mass development of mini-grids across rural communities in Africa, long-term finance mechanisms need to be deployed at scale. Mini-grids often have a longer payback period, which requires more patient capital than other sectors.

Typically, long-term concessional debt and a good mix of equity and grant (subsidy) required to catalyse this industry. With such intervention, rural communities in Africa can witness a massive increase in energy access as well as the accompanying dividends of electricity. 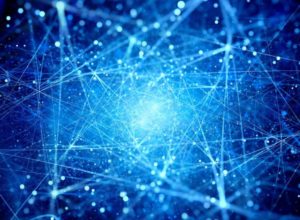