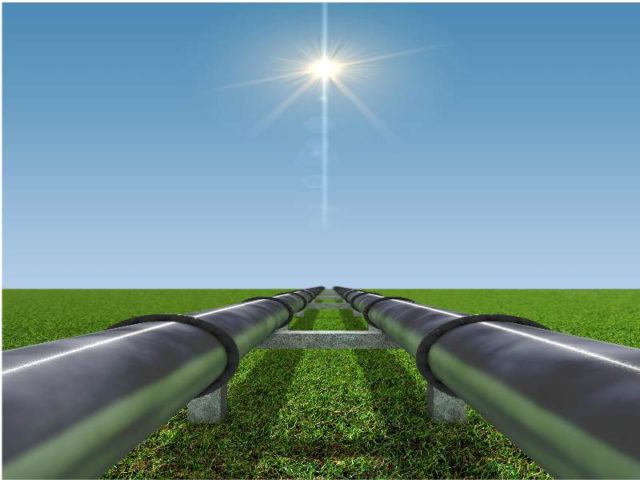 In spite of calls for the development of alternative energy resources, gas is predicted to dominate the world's energy mix by 2035.

This is according to the DNV GL’s Energy Transition Outlook 2017 report, which highlights that oil and gas will be crucial components of the world’s energy future, Vanguard reported.

The analysis further disclosed that this is made up of 98 tscf of associated gas (AG) and 89 tscf of non-associated gas, adding that the combined total of proved, probable and possible reserves is estimated at 300 tscf.

“The current gas supply is enough to support about 5GW of power generating capacity. Nigeria’s gas reserves are about three times the value of her crude oil reserves.

“The largest natural gas initiative in Nigeria is the Nigerian Liquefied Natural Gas project, which is operated by several foreign oil companies and the Nigerian National Petroleum Corporation (NNPC). Another major natural gas project is the West African Gas Pipeline, which has encountered several bottle-necks.

“However, when completed the pipeline would transport natural gas from Nigeria to Ghana, Togo, Benin Republic and Cote d’Ivoire. Bulk of the AG is flared off and Nigeria loses an estimated $18.2 million daily from the loss of revenue from flared gas.”

“In recent years, the volume of gas flared has been significantly reduced and plans have been initiated to put an end to gas flaring in the coming years. While renewable energy will grow its share of the energy mix, oil and gas will account for 44% of the world’s energy supply in 2050, compared to 53% today. Read more…

“The stage is set for gas to become the largest single source of energy towards 2050, and the last of the fossil fuels to experience peak demand of which the company expects will occur in 2035.”

The company’s CEO, Elisabeth Torstad, suggested that the oil and gas companies must continue on a path of strict cost control to stay relevant.

Torstad said: “Coming from a tradition of technological achievements, and having the advantage of existing infrastructure and value chains, DNV GL has the potential to continue to contribute to energy security and shape our energy future.”

Ethiopia will export power to Kenya