According to local media the Guardian, the recommendation follows after a 10-day mission to assess the regulatory framework for nuclear and radiation safety as well as the existing infrastructure in Nigeria.

The IAEA director in the division of radiation and waste safety, Peter Johnson, said the government should ensure that the Nigerian Nuclear Regulatory Agency (NNRA) is truly independent and free from influences in its decision-making, media reported.

Johnson said: “The NNRA should carry out an analysis of all competencies needed to cover its responsibilities, and develop and implement a human resource and training plan.

“The regulatory body should ensure that all facilities and activities have a valid authorisation and establish and implement an enforcement policy to respond to noncompliance.”

The team urged the government to amend its action plan to account for any new issues of the recommendations and suggestions and to make the report open to the public.

Also presenting the report was the IRRS team leader, Lamberto Matteoci, who said the team recognised the strong commitment of Nigeria to improving nuclear and radiation safety.

According to media, Matteoci expressed belief that the outcome of the mission would be of great help to Nigeria in order to enhance its national regulatory framework.

Media further reported that among the findings of the team include that Nigeria makes extensive use of radiation sources in medical industrial applications as well as in science research; has research reactor used for the analysis of materials and training; has decided to include nuclear power in its energy mix to meet an increasing demand for electricity and support economic development. Read more…

While responding, the NNRA Director General, Prof. Lawrence Dim, pledged that the government will work with the IAEA to develop a work plan for the implementation of the mission’s recommendations and suggestions. 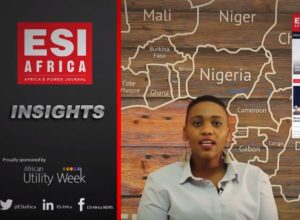