Fashola said the loan has been allocated to support the drive of a subsidiary electricity meter supply industry, which 11 electricity distribution companies (Discos) are seeking to rollout.

He further revealed that government together with the Nigerian Electricity Regulatory Commission (NERC) were in talks with investors in the Discos on a plan to have a separate meter supply industry that could bridge the metering deficits in the electricity market.

It is reported that the General Secretary of NUEE, Joe Ajaero, questioned if it was right for the government to provide such financial support to the Discos and other operators in the sector after selling off the power assets to their current operators.

According to media, Ajaero said the electricity sector could be described as a being in trouble if it still required financial bailouts from the government after four years of its privatisation.

He said: “If after four years of running as private companies you (power firms) are still looking for bailout funds or loans, then I think there is problem, because it shouldn’t be so.”

The President of SSAEAC, Chris Okonkwo, also stated that the association would oppose the use of public funds to support the power companies. Read more…

He said the firms had not delivered satisfactorily after four years of their privatisation as such they do not merit of financial supports from the government, media reported.

“Labour will not accept the borrowing of N39 billion by the federal government to Discos for the procurement of meters. We raised this issue at the Trade Union Congress meeting and we advise you (Discos) to start looking for alternatives,” Okonkwo stated. 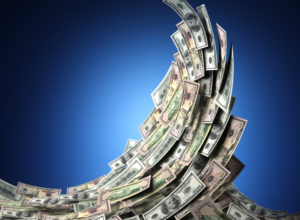