With efforts to revive the struggling energy sector, the Nigerian federal government is looking at different options that would inject $7.6 billion in five years.

According to the media, the document was formulated in March by the office of the Vice-President and the World Bank Group. Read more…

Media reported that the government has four options to select from and can be implemented either from July this year through to July 2019.

The first tariff hike option is to freeze tariffs for all classes of electricity customers until July 2019.

The second option of the PSRP is to hike tariffs for all classes of customers by January 2018. This it said will fetch about $5.4 billion of the fund to be spent in the five-year period. However, a balance of $2.2 billion may not be recovered within the period.

If the third tariff hike option is deployed, which is the most urgent is to increase tariffs in July 2017, will enable the federal government to secure $4.1 billion to support the sector in the five-year period.

Lastly, the fourth option is to hike tariffs by 50% in July 2017 for industrial customers only. Read more…

The non-vulnerable residential and low commercial customers will see the hike by January 2018, while the vulnerable ones (customers in the lowest class) will see a hike by July 2019.

Media stated that government is confident that with this decision it could raise $5.9 billion, leaving a balance of $1.7 billion.

According to media, the PSRP team’s survey seeks to test these options to determine the support from the public and the political backings.

The research shows that the third tariff hike option will have zero political and public support, but with high support from the $7.6 billion intervention funders including the African Development Bank and World Bank.

Option one will have medium political and public support, with low support from the funders.

In determining to what has led to the current energy sector crisis, government traced causes of the present liquidity crisis in the sector to consumers’ apathy to pay bills in post privatisation, poor regulatory compliance, foreign exchange fluctuations, vandalism among others, media reported. 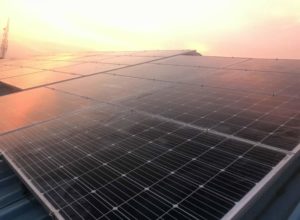