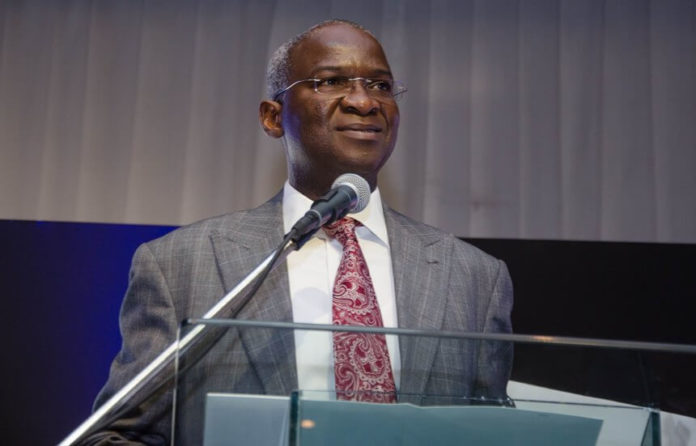 In West Africa, the Nigerian minister of power, works and housing, Babatunde Fashola, said this while he was hosting the new managing director of Abuja Electricity Distribution Company (AEDC), Ernest Mupwaya, in his office in Abuja, reports local media.

Fashola said: “We need to verify some of the debts and stratify who owes what and who is owed what.”

It is reported that the minister requested AEDC to provide the government with helpful information to speed up the reconciliation of its debt.

The news follows after Fashola had announced in June this year that the Debt Management Office (DMO) has come up with a financial scheme that will be used to assist the MDAs to pay their electricity bills.

The minister added that the financial plan is targeted to be in place before the end of this year.

He said this follows after the DMO had responded to a letter he wrote to the office requesting for alternative means of settling the debt, of which it also offered various options that could be implemented in paying off the debt.

According to the media, the Association of Nigerian Electricity Distributors’ executive director, research and advocacy, Sunday Oduntan, stated then that the debt was impacting on the Discos’ operations, with their liquidity levels becoming tight.

Meanwhile, Mupwaya revealed to the energy minister that Abuja Disco has been unable to meet the request for a Letter of Credit (LC) to the Nigerian Bulk Electricity Trading Plc (NBET) and equally participate in the Central Bank of Nigeria (CBN) market support fund due to the huge debt owed it by the MDAs.

AEDC’s boss also stated that the Disco was already in negotiation with one of its debtors, the Federal Capital Development Authority, which is said to have agreed to pay N500 million ($1.583 million) as part of the settlement process.

Mupwaya also said the Disco would want Fashola to approve that it convert parts of the debt owed to it by the MDAs to a collateral for the LC it is required to post to the NBET.

He said: “We seek the minister’s ‘No Objection’ to use a portion of the MDAs debts as collateral for the LC,” adding that the LC will boost Abuja Disco’s credit worthiness and help it to be eligible for the CBN fund.