Benin Electricity Distribution Plc (BEDC) to join forces with Ekiti State in hopes to providing better and improved services to its customers.

In Nigeria, the Ekiti State commissioner for public utilities and infrastructure, Deji Adesua, has recently declared the state’s commitment to partnering with BEDC to assist the power distribution utility in meeting its targets.

Adesua was addressing a meeting held in Olojido Palace, Ido-Ekiti, where he also advised the electricity consumers to promptly settle their electricity bills.

According to local media The Guardian, he highlighted that the plea for electricity payment on a regular basis was informed by the point that the responsibility for the collection of revenue shared by the entire power sector value chain rested on BEDC; hence only prompt payment of bills can facilitate the realisation of such objectives.

Adesua continued explaining that the request for prompt payment of electricity would enable BEDC to provide better services to the people of Ekiti State as the power distribution utility was only one of the company’s four states of operation.

Adesua further suggested BEDC to outsource the procurement of prepaid electricity meters to licensed contractors in a bid to establish the customers’ actual power consumption.

Meanwhile, the chief state head of Ondo/Ekiti, Ernest Edgar, noted that BEDC is entitled to only 9% of power generated across the country, which would then be shared among four other states under the company’s coverage.

Edgar mentioned this in order to highlight to the gathering the need for prompt payment by the customer as the only solution to deliver more power to customers.

He described the nature of distribution of electricity as ‘naked’, stating how easy it is for most people to steal power cables.

He also explained to the audience different payment channels available to customers, which according to him, include Point of Sales (POS), commercial banks, Automated Teller Machines (ATMs) or online payments.

He advised customers not to give cash out, but rather use any of these means made available by BEDC. 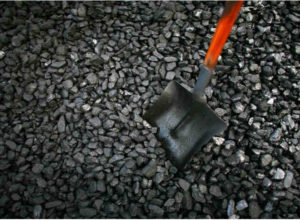