In West Africa, the Nigerian Electricity Regulatory Commission (NERC) intends to adjust the electricity tariff review period from six months to either monthly or quarterly.

According to the Daily Trust, the commission stated the intent in a consultation paper issued on 30 May 2017, to stakeholders in the power sector, calling for suggestions.

The Multi Year Tariff Order (MYTO) methodology (MYTO) was first reviewed in 2012 and spans a 15-year period with a major review every five years, and a minor review every six months, media explained.

Media cited the paper endorsed by the acting Chairman, Sanusi Garba, stating that reducing the review period would provide incentives for continued improvement in services as shortfalls would be promptly be recognised and computed into tariffs.

However, it said raising the review frequency, “may deliver higher tariffs to consumers in the long run resulting from associated finance costs where retail tariffs are not adjusted immediately.”

NERC is also considering changing the period of adjusting the tariff from every six months after the minor review, media stated.

“Electricity consumers will immediately bear the full brunt of risks associated with macro-economic changes in the economy,” it stated.

Media further reported that NERC is also targeting to include the Revenue Decoupling Mechanism to help compensate customers or the utility firms for any charge in line with the actual generation as against the projection that has been made in the MYTO.

Stakeholders are expected to be at the public hearing which will be held after 30thJune by the Commission before the final outcome on the MYTO change is approved. 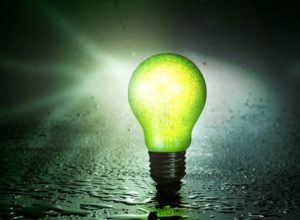