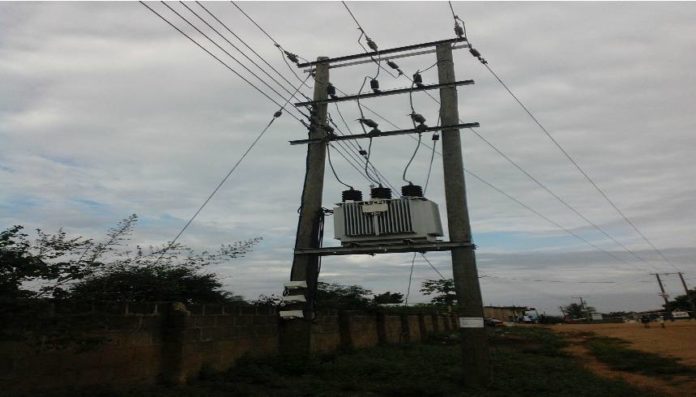 Residential, industrial and commercial consumers find themselves negatively impacted whenever they experience any form of power outage, with far reaching consequences. Since a number of outages are caused by lightning strikes, this warrants specific interventions.

The most cost effective means to roll out this programme successfully was the installation of pole mounted transformers along the distribution network to the earmarked District capitals and the peripheral towns. The installation of pole mounted transformers was vigorously pursued with the result that many rural communities were connected to the national grid in record time.

Alluding to the above advantages is the high preference for pole mounted transformers in some of the urban centres where small and medium commercial concerns like hotels, fuel filling stations as well as light industrial concerns operate.

However, soon after the installation programme had been initiated, a phenomenon emerged damaging quite a number of the pole mounted transformers in services – lightning strikes! Power outages are caused by a number of factors including lightning strikes, which consist of a massive electrical discharge between the atmosphere and an earth bound object.

However, this phenomenon was not given the desired attention immediately by the authorities in Ghana. The initial pre-investigation conclusion drawn was that some of these pole mounted transformers were overloaded, thus resulting in damage to the windings.

Another school of thought was that since most of these transformers had been installed in remote areas and exposed to a harsh tropical forest environment, vegetation interference with the overhead lines (OHL) could have caused short circuits along the lines, sending the faulty currents through the pole mounted transformers and damaging the windings in the process.

The analysis of the causes of pole mounted transformer (PMT) failures also touched on the effectiveness of the lighting arresters installed for these transformers. The conclusion drawn was that ineffective lighting current arrangements for the PMTs could potentially lead to high failures as these ill-arranged arresters actually did not offer any protection to the transformers.

A rigorous preventative maintenance scheme was being followed strictly by periodically ensuring that all connections on the overhead equipment were all tightened, testing the dielectric strength of the insulation of oil in the tank of the pole mounted transformers, sealing oil leakages (if any), monitoring the loading on the transformers to ensure that they were within the optimal loading capacities of the transformers, and of course, checking the earthing system at the substations.

Nevertheless, PMTs were being lost, especially during Ghana’s rainy season. Whenever there was a surge as a result of lightning and the overvoltage value exceeded the basic lightning impulse insulation level (BIL) of the transformer insulation, the damage of internal or external insulation would invariably occur.

Further technical analysis of this phenomenon by the Research and Development Division of the Electricity Company of Ghana (ECG) proposed a relationship in the spacing between the lightning current and the pole mounted transformers to a distance not more than one metre, thereby leading to increase in failure due to surges.

The incident voltage from lightning strikes may evade the arresters and rather strike the pole mounted transformer when the space between the transformer and arrester is more than one metre.

In 2015, the substation maintenance report on transformers within Accra West Region of ECG recorded four 200kVA pole mounted transformer failures due to lightning strikes. Two of them were connected to a 33kV network and the other two to a 11kV network.

The replacement of the damaged PMTs invariably comes with costs and the situation impacted negatively on the revenue mobilisation of the supply authority. Furthermore, socioeconomic activities of the affected communities were worst hit during the downtime.

Another result of the downtime was the corporate image of the utility company being affected as it took some time to get the damaged transformers replaced. In some instances members of the affected communities expressed their displeasure by vandalising the failed pole mounted transformers. Moreover, the system reliability was decreased as contingency plans were neither well thought out nor implemented.

It is anticipated that the current arrangements, as seen in Figure 2, will curb the incidence of damaged pole mounted transformers by surges from lightning strikes thereby limiting the damage suffered so badly by these transformers. ESI

John Quayson-Dadzie is a metering engineer with the Electricity Company of Ghana, Accra West Region. He is responsible for the planning, execution and maintenance of 33kV, 11kV and 0.433kV metering installations. He holds a Commonwealth E M in Public Admin from KNUST, BSc. Admin from University of Ghana and FTC/ Elect. Eng from Takoradi Polytechnic.