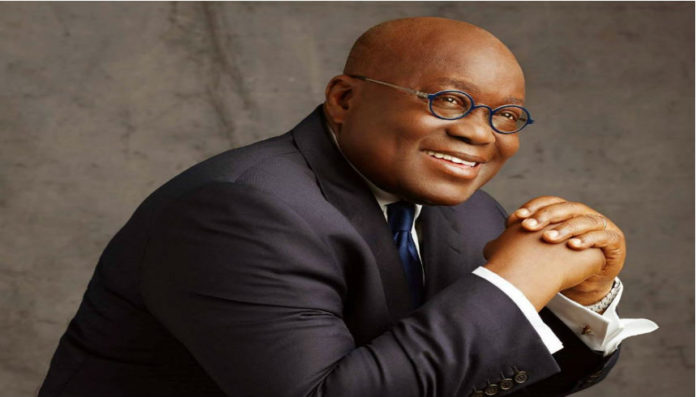 Akufo-Addo pointed out that the previous Mahama-led administration has left behind a heavily indebted energy sector, local media Myjoyonline reported.

He said as of December 2016, the energy sector had accumulated a $2.4 billion debt, adding that attempts by the previous government to resolve the power crisis has led to “a gargantuan debt”.

Media quoted Akufo-Addo stating that $800 million of this debt is owed to local banks, which threatens their stability and that of the whole financial sector.

It is reported that when former president John Mahama took over the office, the country was already faced with a four-year long power crisis that brought many businesses to their knees and rendered many jobless.

In bids to resolve the crisis, Mahama resorted to buying power from neighbouring Ivory Coast and the importation of power barges among others, media reported.

In light of this, the new President acknowledged that there have been some improvement in the power supply since November last year; however, he said the challenges facing Ghana’s power sector are far from over.

Akufo-Addo said the key problem is cost, adding that although “we produce power from Akosombo at three cents per kWh, the marginal price for businesses is an effective 42 cents, more than 10 times the average tariff in West Africa.”

He continued: “This makes it very difficult to start or run a business here and be competitive. The cost of energy destroys businesses large and small…it is the bane of the vulganizer, tailor, dressmaker and the hairdresser, the carpenter and the wayside fitting mechanic. It destroys jobs, it compounds poverty.”

Media further reported that in order to resolve the challenges with the sector, President Akufo-Addo proposed an improvement in transparency of tariff setting.

He said his administration will “introduce a new tariff policy that will reclassify consumer categories in order to protect lifeline and strategic industrial consumers. We will also reduce significantly some of the levies and taxes on the tariffs.”

The President also revealed that as at the end of 2016 Ghana’s power distribution company – Electricity Company of Ghana – had signed 43 power purchase agreements, whilst a further 23 were under discussion.

He said government is conducting a review of all the power agreements entered into by the previous government in order to “prioritise, renegotiate, defer or cancel outright if necessary in the national interest,” media reported.

“Overall, we have begun to develop a national electricity master plan, which will also explore the benefits of listing Volta River Authority and Ghana Grid Company on the stock exchange,” he concluded.