It was with unexpected confidence that Ghanaian Finance Minister, Ken Ofori-Atta, presented his latest budget to parliament last week.

His bold claims to have “turned the economy around” and brought “relief to Ghanaians” raised more than a few eyebrows on the floor – not least due to the paucity of economists, financial institutions and international investors that shared his optimism.

One such figure was Professor Yifu Lin, a former senior vice president at the World Bank. He warned that Ghana – which recently dropped 12 places in the latest World Bank Ease of Doing Business report – needed drastic economic reforms or faced losing out on major investments. Read more…

PWC Ghana, meanwhile, noted that “government revenue projections have tended to be over-optimistic, creating the risk of fiscal illusion by providing Government the latitude to over-spend”.

Much of the difference in opinion was down to a recent disastrous attempt to inject some life back into the stuttering economy through a 10-year bond sale. And this was an important sale to get right: Ghana’s five major energy utilities are drowning in debt; blackouts and factory closures are commonplace; foreign investment and economic growth are imperiled. Read more…

The banks, their loans unpaid, now lack the liquidity needed to continue lending. “If banks don’t lend,” Courage Martey, an Accra-based economist at Databank Group told Bloomberg, “the real sectors of the economy will be starved”.

To repay the loans, the government put on offer some $820 million of local currency debt, with an enticing yield of 19.5%. Yet the bonds spectacularly undersold – even after the government was forced to extend the offer by a week.

Ofori-Atta might have been forgiven his surprise. After all, why wasn’t a sovereign-guaranteed bond at such mouthwatering rates flying off the shelves? In the current climate of suppressed interest rates, yield-hungry investors should have been snapping them up.

The answer is disarmingly simple: they weren’t – in fact – sovereign-guaranteed.

The government, in desperate need of more time to meet debt management and economic reforms targets, had recently extended a credit facility agreement with the International Monetary Fund.

As part of this aid agreement, the government pledged to lower Ghana’s already untenable public debt. The release of yet more sovereign-backed bonds would have prevented this. A creative solution was conceived.

The government established a special purpose body, the ESLA to issue the so-called energy bonds backed by energy sector levies. It could then claim that as the bonds were not sovereign-guaranteed, that they did not constitute public debt.

The IMF disagrees, and is reportedly less than delighted with this jiggery-pokery. Foreign investors steered clear of the unusual structure.

The Minority Caucus in Parliament are understandably infuriated by the debacle. Foreign investment is critical to Ghana’s precariously oil-reliant economy.

Minority spokesperson on Finance, Cassiel Ato Forson, lamented that the “government delegation had woefully caused financial loss to the state as a result of their gross incompetence”.

Meanwhile PWC Ghana suggested that government should not substitute improving the management of State Owned Enterprises with debt issuances.

Government responded to criticism in a predictable manner– by flatly denying everything.

Against all the evidence to the contrary, they insisted that over time appetite for the bond would increase. Optimism, really does seem to be one of Ofori-Atta’s most prominent qualities, and possibly his most redeeming.

Ultimately the Minister’s troubles all boil down to one unavoidable and some might say obvious truth: you can’t court international investors for their hard-earned money if you are unable to offer any indication that you are going to pay it back.

It shouldn’t take a rocket scientist to understand that – nor a finance minister for that matter.

Sebastien Laye is a New York-based economist and businessman. He is founder of financing & credit arrangement firm, Laye Holdings, a provider of private debt to corporate and middle market borrowers in the USA, Canada, France, UK, and other parts of Europe.

Prior to founding Laye Holdings, Sebastien worked as a leveraged finance banker and a senior analyst for a multi-billion dollar hedge fund/private equity. He is a specialist in corporate valuation, debt markets, alternative financing, macro-economics and public policies analysis. 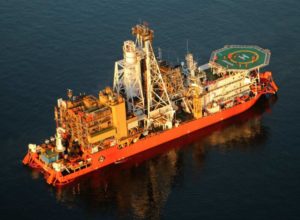