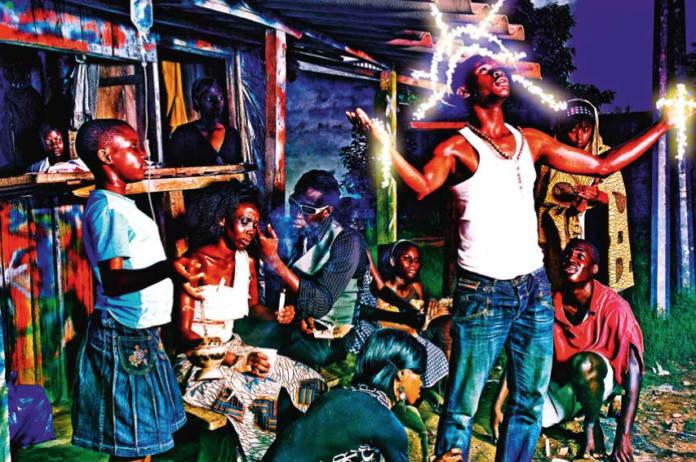 On Wednesday, the works of 54 world-renowned contemporary African artists, were unveiled at the opening of a unique exhibition in Abidjan, Côte d’Ivoire. Themed, “Lumières d’Afriques” (African Lights), each piece of art represents one of the 54 countries in Africa, putting the spotlight on the continent’s challenge of electricity access.

Taking place at the Donwahi Foundation for Contemporary Art in Abidjan, under the auspices of the African Development Bank (AfDB) and the African Artists for Development (AAD) Fund, works take the form of photographs, paintings, sculptures, installations, videos and performances.

Optimistic about solutions to electricity challenges

Speaking at the opening, AfDB President Akinwumi Adesina said: “This exhibition gives us an opportunity to see the potential and capacity of Africa – as well as our own capacity – to accomplish great things.”

Explaining the severity that a lack of power has on a community, Liberian artist, Leslie Lumeh, explains that his work is a scene from Camden Camp on Johnson Road, a shopping district in Monrovia.

“Back in Liberia, energy is a serious problem. At 4 or 5 pm, economic activity comes to a halt due to lack of light. This used to be a prosperous area.

“There is some degree of light in every African, which just needs a space to shine.”

The AfDB highlights in a statement the candle wax work of Algerian artist Amina Zoubir, who explained:  “I am re-appropriating the message of the philosopher Voltaire, who embodies the Age of Enlightenment.

“Why wax? Because it reminds me of load-shedding. We all have a candle at home ready for power cuts. Candles are the first source of light and probably the most economical, because a candle stays alight for hours,” she added.

“Without electricity there is no future, no growth, no progress,” Adesina stressed in his address.

The Bank noted that its support of this exhibition is in line with one of the ‘High 5’s’ that Adesina set when he took office in 2015 – Lighting up and powering Africa.

More than 640 million Africans live without a connection to a conventional electricity grid.

That AfDB stressed that it is imperative for actions to be taken, without delay, hence the launch of the Bank’s New Deal on Energy for Africa.

[quote]The Bank is planning to invest $12 billion in energy over the next five years. It is aiming for “universal access to electricity by 2025,” explained Audrey Rojkoff, Operations Coordinator for the Green Climate Fund within the AfDB’s Energy, Environment and Climate Change Department, when she addressed the artists and journalists who had come to discover the exhibition a few hours before the opening.

Rojkoff added: “There is a clear link between the work accomplished by the African Development Bank and the message delivered by this exhibition.”

The AfDB explained: “‘African Lights’ was initiated as part of COP21, when the African continent made its voice heard to defend its interests in the fight against climate change, thanks to the support of the African Development Bank and of its two partners, the African Union/NEPAD and the United Nations Economic Commission for Africa, which ensured its high visibility in a dedicated Africa Pavilion.”

The touring exhibition first opened its doors in Paris, at the Théâtre National de Chaillot in November 2015, and is making its first stop in Abidjan before it travels around the rest of the continent.

According to the Bank, the Schneider Electric Foundation, Orange and Tilder Communications Consultancy are also associated with the exhibition as partners.