On Tuesday, Zambia’s Konkola Copper Mines (KCM) announced that operations at its Nchanga underground mine (NUG) in Chingola state would be paused indefinitely following theft of high voltage cables.

Engineering News reported that Konkola, a subsdiary of London-listed Vedanta Resources, had also evacuated its 991 workers.

According to company reports, the suspects had reportedly cut and removed an estimated nine high-voltage copper cables at the 11 kV substation.

The incident occurred around midnight on Tuesday after shift workers experienced a “sudden power outage at the ventilation shaft,” Engineering News reported.

The Nchanga openpit mine is the second largest opencast mine in the world, media reported.

In a statement, Konkola said it was the second such incident in a fortnight, following the theft of 200 m of high-voltage cabling.

According to Engineering News, “Africa’s number two copper miner saw production rise to 770,000 t in 2016 from 711,000 t in 2015, below the Zambian government’s target of one-million tonnes largely due to restricted power supply.”

Regional cable theft on the rise

The South African power utility, Eskom, explained that the two were part of a group of five that had been spotted near the substation, which had been a target for cable theft in recent weeks.

The suspects had hacksaw and carry bags in their possession, which according to Eskom was intended for cutting and stealing copper cable at the substation.

“We decided to beef up security at Zeus substation following an increase in cable theft in recent weeks,” said Tebogo Rakau, divisional executive for security at Eskom. Read more… 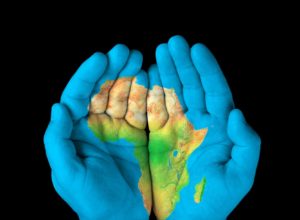