The Government of South Africa has set a target to attract $100 billion of investment into the local economy with energy tasked with contributing a minimum of $25 billion of this targeted investment.

This is according to South Africa’s energy minister Jeff Radebe who addressed delates at an industry event in Cape Town this week.

He set out the country’s current energy roadmap and where it is headed should the appointed projects reach fruition.

Stressing that 95% of South Africa’s electrical power requirements is supplied by the state-owned power utility, Eskom, he unpacked that the utility operates 23 power stations with a total nominal capacity of 42,090MW.

“South Africa maintains 368,000 kilometers of power lines to transport generated electricity to load points throughout the country. This topology is widely referred to as Centralised Power Generation. Due to distant load centres, the reliability of power supply is dependent on the transmission and distribution networks as well.

Highlighting government’s Renewable Energy Independent Power Producer Procurement Programme (REIPPPP), he said that the recent procurement of 27 new projects in April this year was the biggest IPP procurement by the Department of Energy to date, representing a total of R56 billion of investment and about 2,300MW of generation capacity to be added to the grid over the next five years. Read more: IRP Update: post-2030 outlook remains unclear

“This investment of R56 billion is injected by the private investors into the economy, with no contribution from Government other than support to the state utility, Eskom, in the event of a default by the buyer.

“We expect that this will have a positive impact on the economy and competition in the energy sector will certainly benefit the consumer in the long run.”

To achieve the said target of $25 billion, the Minister is inviting all investors in the energy sector to seriously consider South Africa for their next investment venture.

He concluded: “I want to reassure you that South Africa is open to business and we welcome foreign direct investments.” 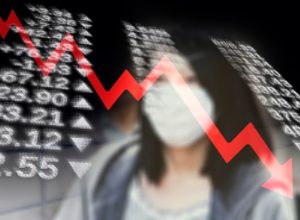