On Tuesday, Eskom stated that earnings before interest, taxes, depreciation and amortisation (EBITDA), which is a measure of a company’s operating performance, surged 37.4% to R32 billion ($215 million) compared to R23.3 billion ($157 million) in same period last year.

The EBITDA margin for the period under review improved to 19.8% compared with 15.9% in the same corresponding period.

[quote]Brian Molefe, the CEO of the power utility said the current stability at both board and executive management levels of the company was a launchpad to drive accountability and better manage the business.

“With new leadership and intensified staff engagements, we have stabilised the organisation. Despite the challenges we face, we continue making progress in the technical and operational areas of the business.

“Through our robust improvement plan, we have risen to the challenge of completing necessary maintenance of our ageing power stations, while delivering on our new build projects, which will add capacity to the grid in the future,” Molefe said.

He continued: “Financial performance improved against the previous year, and all financial ratios showed improvement due to improved operating results, as well as the conversion to equity of the subordinated government loan and equity injection of R23 billion ($155 million).

Eskom – no longer to be a constraint on economic growth

Eskom chairperson Dr Baldwin Ngubane said Eskom would no longer be a constraint to South Africa’s economic growth, adding that the company’s Corporate Plan for the five years to 2020/21 aims to re-establish Eskom as a catalyst for growth.

“Our Corporate Plan will drive ongoing improvement in our operational and financial sustainability, while stimulating economic growth and driving socio-economic development. We recognise the need for fundamental operational change if we are to provide an affordable, sustainable electricity supply to all South Africans,” Ngubane said.

He explained that Eskom’s new build programme would add 8,600MW of new capacity by 2020/21. In addition, Eskom has signed 65 power purchase agreements with independent power producers (IPPs) for RE-IPP bid windows 1 to 4.5, which would add 4,900MW of IPP capacity to the grid by 2020/21.

Ngubane noted: “South Africa’s energy mix is expected to shift considerably towards renewables over the next two decades. Although coal will remain a core part of the country’s energy mix for the foreseeable future, South Africa will have to diversify toward lower carbon emitting energy sources under its agreements at the United Nations COP21 climate change conference in 2015.” 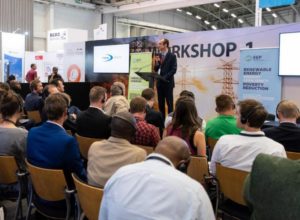