Sanral Port Elizabeth communications manager Michelle Ah Shene, said: “Sloughing or erosion problems [of the slope] began in the mid-1980s, owing to the lack of maintenance.

“This, in turn, allowed moisture to seep into the slope. Previous methods of stabilisation were not effective as they only dealt with near-surface water or moisture contained within the slope.”

Engineering News reported that the R75 was declared a national route in 2011 and was being investigated by Sanral when the failure occurred.

Shene highlighted: “Every time instability occurred, the failure zone encroached on these pylons, undermining the stability of the foundations.”

According to Engineering News, “the project entailed the excavation of 112,000m3 of soil, the construction of 5,700m3 of gabions in three continuous walls along the R75 on-ramp inclusive of grouted soil nails, construction drains at the top of the walls, and the installation of drains conveying storm water runoff down the slope to the existing drainage system.”

“The project also involved the construction of an earth catch water bank at the summit of the slope to prevent overland flow from the summit flowing down the cut face,” media added.

Sanral said the project was not without challenges, noting that the excavated face beneath the southern pylon – if completely excavated to its full height – would have been 10 m high.

“When it had been partly excavated some 6m to 7m, it was prudent to install a system of temporary grouted soil nails plus geotextile and steel mesh to prevent the slope from collapsing.

“Had the temporary measures not been installed, there would have been a danger of the collapse endangering the lives of any person working below and could have, quite possibly, brought about the collapse of the electricity pylon standing at the top of the face,” said Shene.

Media added that “during construction, where the excavations opened the face of the cut slope, a geological fault in the material had been exposed, with considerable amounts of groundwater seepage from the fault.”

Shene said: “The fault could have led to further sloughing of the existing cut face onto the R75 on-ramp. Additional stabilisation works in the form of gabions, soil nails, slope rehabilitation measures (top soiling and grassing) and trapezoidal drains were authorised.” 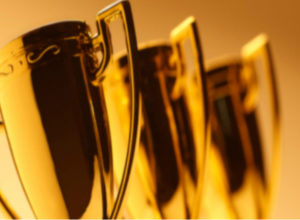