The Organisation Undoing Tax Abuse (OUTA) has laid charges of corruption and abuse of his position as a director against former Eskom director Mark Pamensky.

Explaining these actions is OUTA’s chief operating officer Ben Theron: “The charges relate to Pamensky’s conduct while he was a director of Eskom and of at least one business linked to the Guptas’ business empire”.

OUTA explains that Pamensky was appointed to the Eskom board in December 2014 by Public Enterprises Minister Lynne Brown and remained on it until late 2016.

In this position, he was also a director of the Guptas’ Oakbay Resources and Energy and remained an Oakbay director until May 2017.

He also held director positions and interests at various times in other Gupta businesses, including Shiva Uranium.

“In his role as non-executive board member of various companies, Pamensky was the conduit for the flow of privileged information between the companies,” says Theron in his affidavit supporting the charges.

“Pamensky further used his position and authority as non-executive board member on various boards to influence decisions and manipulate the outcomes of the various committees that he sat on.”

OUTA believes that Pamensky also failed to recuse himself from decisions in which he had a conflict of interest and in doing so displayed his willingness to assist in questionable transactions in favour of Gupta owned companies.

This behaviour thus contravened the Prevention and Combating of Corrupt Activities Act, the Public Finance Management Act and the Companies Act.

Pamensky’s emails are attached to the affidavit and show his enthusiasm for the Gupta group’s purchase of Optimum Coal Holdings, which received substantial assistance from Eskom. Read more… 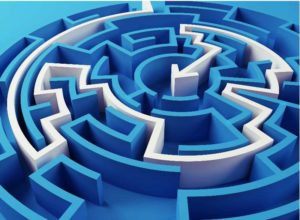