On Wednesday, Brian Molefe, CEO of South Africa’s state-owned power utility, Eskom, withdrew his statement where he said that the 9.4% tariff increase approved by the energy regulator would result in load shedding, Fin24 reported.

Approved tariff cause of concern

Following the decision made by the National Energy Regulator of South Africa (Nersa) last month, who approved ZAR11.2 billion ($723 million) in revenue for 2016/17, Eskom said that it may have no other choice but to implement load shedding as the funds were well below the requested amount needed to keep the power on.

“We did indeed warn that the lower tariff hike could result in problems keeping the grid stable,” Molefe said.

The CEO added that following the regulator’s decision Eskom’s management committee explored alternative methods that would mitigate the need for load shedding.

“However, we as management went on a three-day retreat to look at the implications of Nersa’s decision and I’m happy to report we put measures in place to make sure load shedding doesn’t happen.”

Fin24 reported that, political party Democratic Alliance (DA) MP, Natasha Mazzone, said that the DA has plans to press criminal charges against those municipalities that owe the utility a total of ZAR6 billion ($394 million) in outstanding debt.

But this activity was not well received by Molefe: “We believe in a more constructive approach and we’re discussing the matter and putting solutions on the table. At least at provincial level Eskom is stepping in and we’ve started installing pre-paid meters and collecting the money on behalf of municipalities who are prepared to pay pre-paid,” Molefe said.

He added that Eskom is assisting certain municipalities with the recouping of costs by proposing to act as a sub-contractor to help them with revenue collection. 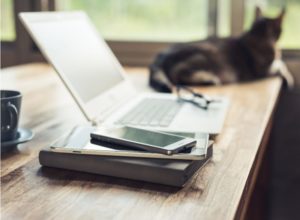