South African state-owned power utility, Eskom, is shocked to find that the National Treasury report has been leaked once again before it has submitted its comments.

The utility noted that they have been working “around the clock” to complete its comment for National Treasury, which was due for today.

Eskom had raised its concerns that the draft Report on the Verification of Compliance with SCM legal Framework – Appointment of Tegeta Exploration and Resources (Pty) LTD were made available to third parties without Eskom having the opportunity to respond to allegations contained in the draft Report. Read more…

“It seems very convenient and coincidental that the report is leaked to the media a day before its comments are due to be issued to National Treasury which, in the eyes of the public, would now be irrelevant as perceptions would now be reality,” the parastatal said in a statement.

Eskom pleads for caution amongst all South Africans and others who may come across the Draft report as the contents thereof is yet to be finalised and is speculative to say the least as Eskom is yet to respond.

Consequently, its contents do not entail remedial actions which are final.

The utility added that they remain fully committed to continue to work constructively with National Treasury, as they have done since July 2015 being the inception date of the review in order to reach finality on this matter.

Earlier this month, ESI Africa reported the release of the National Treasury report to various stakeholders, prior to Eskom’s opportunity to provide comment – a grave concern for the Eskom Board.

The utility asserted that the Minister of Finance had made a commitment to afford Eskom an opportunity to provide comment on the investigation, in a letter dated 31 January 2017. Read more…

However, the parastatal highlighted in a statement that this did not materialise. 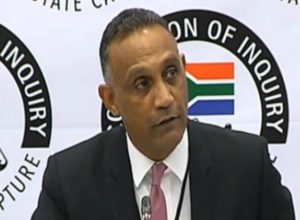 Eskom’s group treasurer to bow out