Through a 12-year finance programme, Malawi will receive funds from the US Government’s development finance institution, the Overseas Private Investment Corporation (OPIC) and Wells Fargo Bank, which will be managed by the Standard Bank Group.

According to Nyasa Times, Standard Bank will provide $33 million from its balance sheet to support transactions financed by the facility.

Local media reported that a recent statement released in New York, stated that an estimated $150 million of the facility has been earmarked to support power transactions as part of President Obama’s Power Africa initiative.

Sim Tshabalala, Standard Bank Group chief executive, said: “Power and infrastructure play a crucial role in the economic development of Africa. We are delighted to be part of such an important initiative and look forward to working with OPIC and Wells Fargo to promote sustainable economic growth and to make a real difference to the lives of the people of Africa.

“Standard Bank has the experience, knowledge and presence in Africa to make this project a resounding success.”

Elizabeth Littlefield , OPIC President and CEO, added: “By supporting both infrastructure and power projects, this forward-thinking loan facility brings badly-needed capital to the table and will pave the way for future development in Africa to take root and grow.”

“We are proud to have worked in close partnership with OPIC to arrange and co-lend in support of this project.”

In recent OPIC news, the organisation revealed that they have engaged into a pact with Lekela Power for the development, construction and operation of a 158MW wind farm in Taiba N’Diaye, Senegal.

OPIC, through a media release stated that it has committed $250 million in financing and $70 million in reinsurance to Parc Eolien Taiba N’Diaye, a Senegalese company.

According to OPIC, Senegal suffers from chronic deficit in electricity supply with regular power rationing and blackouts that adversely affect living conditions and economic development.

OPIC aslo highlighted that the cost of electricity in Senegal is high because nearly 90% of the electricity is currently generated using costly oil-based fossil fuel.

This project is a critical component of Senegal’s power generation and sustainable energy growth plan, and supports the goals of the US government’s Power Africa initiative, the company statement concluded. 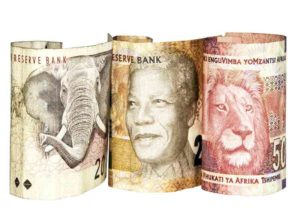