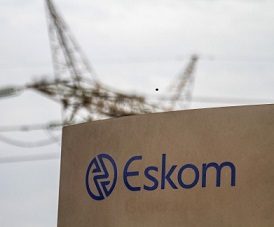 The South African state-owned utility said today that “the Koko disciplinary hearing is being conducted in a fair and transparent manner.”

Eskom’s Interim Chairperson, Zethembe Khoza, said: “Eskom wishes to unequivocally state that this disciplinary hearing is being conducted in a fair, professional, and transparent manner, with the media being granted permission to attend in a matter that would ordinarily be treated as an internal matter.”

Khoza added that: “It is worth noting that the chairperson of the hearing, together with the evidence leaders from both parties, are competent and independent professionals who belong to highly regulated organisations that would take a dim view of any misconduct by anyone of their members.”

The parastatal added in a statement: “It is regrettable that the events of 20 October 2017, where Eskom’s previous evidence leader was involved in an altercation with a journalist, have overshadowed the integrity of the disciplinary enquiry.

“Eskom took immediate action and replaced the former evidence leader in order to protect the sanctity of the hearing and to maintain the independence and freedom of expression of the media as enshrined in the Constitution of our country.”

Furthermore, Eskom notes with concern the allegations that have been made regarding the witnesses who have declined to testify in the proceedings.

It is important to note that the current evidence leader was duly instructed to do all that was necessary to obtain the attendance of all the identified witnesses. Some witnesses have chosen to decline the request based on legal advice they received from their lawyers.

“Eskom accordingly has had no option but to continue with the hearing in the absence of these witnesses and to close its case on 25 November 2017. Accordingly, Mr Koko will be testifying in his defense on 30 November 2017 at 09h00,” said Khoza.

Khoza is currently being questioned for his alleged involvement in a bribe to close the current Eskom Inquiry.

Earlier this week, the interim chair refuted claims that suggest he had instructed the then ordinary ANC MP Mr Bongani Bongo to offer parliamentary inquiry evidence leader Advocate Ntuthuzelo Vanara a bribe to collapse the investigation into the alleged capture of Eskom. Read more…

According to Khoza, Eskom supported the parliamentary inquiry, adding that Eskom had previously written to the Portfolio Committee on Public Enterprises expressing its willingness to give evidence before the committee once the process got underway. Read more…