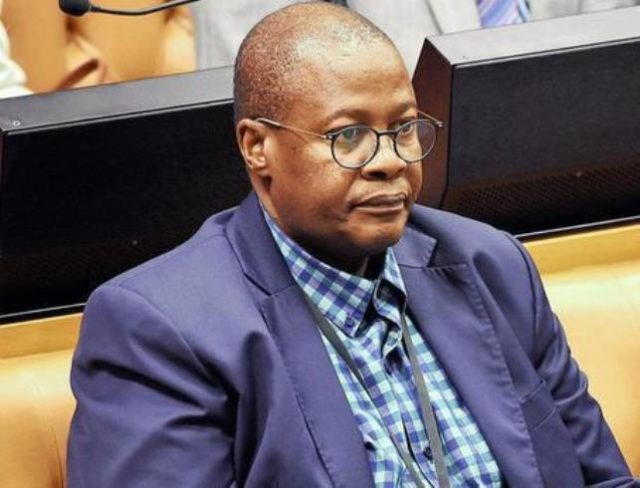 In South Africa, the Pretoria High Court ruled on Thursday that former Eskom CEO, Brian Molefe, is not entitled to any pension benefits paid out to him, ordering him to pay back about R11 million within ten days.

Molefe must repay the full amount he received from the Eskom Pension and Provident Fund, believed to be at least R11 million of the R30 million which Eskom tried to pay him.

Trade union Solidarity says that the parastal and the minister will also have to account for the unlawful pension payout for Molefe, saying that the matter goes far beyond the former Eskom boss.

Molefe left his position as Eskom’s CEO in late 2016 after the Public Protector’s State of Capture report implicated him in suspicious dealings with the Gupta family.

In view of this, Eskom allowed Molefe to take early retirement at the age of 50.

The High Court judgement says that the decision by Eskom to waive penalties and buy Brian Molefe an extra 13 years of service for an extravagant R30 million pension payout after only 15 months in service is unlawful.

The court found that Eskom and Minister Brown acted irrationally in this matter, especially in terms of the damning allegations against Molefe in the State of Capture report. The judgement found the total lack of dignity and shame by people in leadership positions, most disturbing.

“This misrepresentation was broader than only Mr Molefe. It implicates the top management, it implicates the minister, although at this stage she says she did not know anything,” said Herman.

“We cannot accept that Minister Brown and the Eskom board members could condone this payout, let alone allow Mr Molefe’s reinstatement as the CE in May 2016. This is a debacle which has made a mockery of the employment procedures and governance at this SOE,” says Wayne Duvenage, OUTA’s CEO.

The judgement, written by Judge Matojane with Judge Fabricius and Judge Mphahlele concurring, was scathing of Molefe and the Eskom board and included this comment: “What is most disturbing is the total lack of dignity and shame by people in leadership positions who abuse public funds with naked greed for their own benefit without a moment’s consideration of the circumstances of fellow citizens who live in absolute squalor throughout the country with no basic services.”

The judgment found that Molefe had indeed resigned, not retired. It also noted that the claims that Molefe hadn’t been able to accumulate pension benefits, which the board used to support the pension manipulation, were not true as he had significant earnings from various positions in state employment. Read more: SA Government appoints new Eskom Board to restore governance

“We trust this judgment will serve as a precedent and signal the beginning of the end of lucrative and fraudulent conduct of this nature within SOEs and the state as a whole,” says Duvenage.