On Thursday, Eskom’s newly appointed interim group chief executive, Sean Maritz, has asked for space and time to focus on executing his duties as mandated by the Eskom Board, with the support of the Public Enterprises Minister.

Maritz said: “Globally, the electricity landscape is changing rapidly. Eskom is not immune to this change and we are facing threats on multiple fronts: within the South African electricity market, and within the broader global energy context.

“With a wave of change in customer, supplier and competitor behaviour, we are facing a constrained electricity sales path.”

Expanding on this theme, he said: “Potential sources of revenue growth range from those that are close to our current capabilities to those that are entirely new. By exploiting both regulated and unregulated opportunities, we have an opportunity to deliver significant revenue impact.”

He continued: “We will do this by unlocking opportunities, focusing on local demand stimulation, cross-border sales and unregulated opportunities. A clear distinction exists between the business of today and the Eskom of tomorrow, necessitating a focused and structured approach, which will ensure the right level of focus and drive for each identified opportunity.”

Regarding media reports that he had hired a friend and fellow church member without declaring their friendship, Maritz acknowledged the oversight, but refuted suggestions that the awarding of the contract was irregular.

According to the interim CE, the awarding of the contract was adjudicated upon by a panel as per Eskom’s internal processes.

In addition, Maritz refuted claims that he had deleted some information from the server, adding that the IT security system was built in such a way that no email could be deleted, the utility said in a statement.

“His six months written warning in relation to the conflict of interest expired in 2010, and has been duly expunged,” the utility said.

Meanwhile, the utility has noted the statements made by McKinsey in relation to paying back the fees paid to it in 2016.

According to the parastatal, its lawyers are handling the matter, and will in due course advise on the way forward. 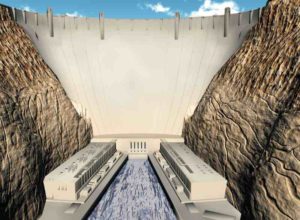