The Eskom Development Foundation has funded the upgrade of facilities at the Duvha Primary School, located near the Duvha power station in Mpumalanga.

With over 800 learners, the Duvha Primary School was built two years ago and needed these facilities to offer better quality education to learners.

Deputy Minister of Public Enterprises, Phumulo Masualle, officially handed over a new learning facility for Grade-R’s, a hall, blocks of toilets, fencing and paving, all of which was made possible by the Eskom Development Foundation.

“The foundation’s emphasis is on programmes that contribute to social and economic development, which is aligned with the government’s focus on poverty alleviation, job creation and skills development.

“We thus are extremely happy that this Mandela Month, together with Eskom, we’ve been able to better the environment in which these students learn. This is the future that Nelson Mandela wished for,” said Deputy Minister Masualle.

The Eskom Development Foundation is tasked with implementing Eskom’s CSI strategy and operates as a not-for-profit company in sectors including enterprise development, education, environment, agriculture, healthcare, social and community development.

“We, at Eskom, feel strongly about going beyond electricity and keeping the lights on. Our aim is to remain an integral part of the communities working and living in close proximity to our power stations. It is for this reason that we will continue making a difference to their well-being,” Eskom Development Foundation Chief Executive Officer, Cecil Ramonotsi concluded. 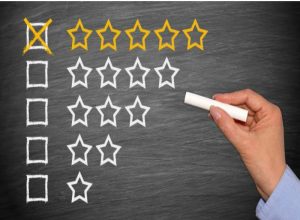