Eskom has issued a notice stating that it will activate its contingency measures should industrial strike action take place on Thursday.

Having decided to issue a 0% salary increase to over 47,000 staff members due to its already constrained financials, Eskom has been warned by the trade unions about their intentions to embark on an industrial action this Thursday.

In response to this, the National Union of Mineworkers (NUMSA) stated: “Amongst all the increases that are introduced in the country starting from VAT and petrol and also the fact that electricity tariffs are going to go up through their MYPD application, they have the audacity to say that they are not giving the workers anything; instead they want to minimise or even suspend the hard-earned negotiated conditions of Service unilaterally.”

NUMSA members have called for a national shutdown of electricity supply. “Our members are saying a 0% increase equal to 0% megawatt.”

Eskom spokesperson Khulu Phasiwe, has confirmed that a contingency plan is in place should the strike go ahead.

This morning Phasiwe tweeted a light-hearted note, which could be interpreted as the utility having everything under control, reassuring the public not to panic.

Eskom will continue to provide regular updates about the state of the power system through various media platforms. 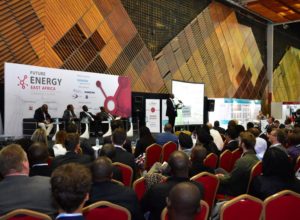