The Eskom Board has appointed Johnny Dladla as Acting Group Chief Executive with immediate effect.

The utility is confident that Johnny Dladla has the necessary experience and expertise to stabilise the power utility in the short-term.

This announcement follows intense consultations between the energy minister, Mmamoloko Kubayi, and the Eskom Board to arrive at a prudent choice. Read more…

“Dladla has sufficient skills to excel in this role. He has 22 years of experience within the Eskom, 17 years invested in various non-regulated businesses and 5 years as Chief Executive Officer for Eskom Enterprises and its subsidiaries,” said Acting Board Chairman, Zethembe Khoza.

Throughout these roles, he has demonstrated sterling leadership which manifested itself in his turnaround strategies, added Khoza.

Echoing Khoza’s sentiments, Minister Lynne Brown said: “I welcome the appointment of Mr Dladla as it will bring further stability to Eskom and its executive team.”

Dladla has plied his career amongst international brands such as BHP Billiton and South African Breweries (SAB), Eskom explained in a statement.

A Chartered Marketer, he has studied across a range of critical fields including finance and accounting amongst Harvard Business School, Fort Hare University, Cranfield University (UK), AAA School of Advertising and IMM.

“Dladla is a seasoned business leader with impeccable credentials. His business acumen, which includes his commendable knowledge of Eskom intricacies, will come in handy in his new role. As Board, we are looking forward to working with him and his executive team to address the current challenges,” said Khoza.

The Minister has obligated the Board to finalise the appointment of a permanent Group Chief Executive to ensure long-term stability to the utility. 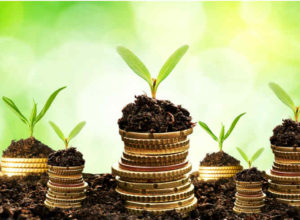