The comments attributed to the South African Local Government Association (Salga) in the weekend newspapers are unfortunate, the utility explained in a statement on Monday.

“It is factually incorrect to suggest that Eskom does not cut off power supply to defaulting customers in Soweto,” the power company said.

Eskom’s group executive for customer service, Ayanda Noah, said: “During this financial year, from 1 April 2016 to date, Eskom has disconnected over 14,000 customers in Soweto for non-payment.

She added: “This [meter] technology was deployed to improve our revenue collection, enhance technical performance and also promote community safety by reducing illegal connections. We therefore would like to roundly debunk any accusation that we are treating our debtors unevenly.”

Eskom is licensed by the National Electricity Regulator of South Africa (Nersa) to distribute electricity to all its customers, including the municipalities.

In some areas, these customers, which Eskom supplies directly, fall within the municipal boundaries and it creates an overlap. Consequently, those customers have an Electricity Supply Agreement (ESA) directly with Eskom.

However, Eskom has no case where it supplies electricity on behalf of another distributor.

Since 1 November 2016, when the utility gave power interruption notices to defaulting municipalities, Eskom has managed to collect over R1.3 billion ($74 million).

The number of defaulting municipalities has also decreased to 8 from 40, the parastatal highlighted.

“Following Public Enterprises Minister Lynne Brown’s request to give municipalities until 31 January to make payments and payment arrangements, we have seen some municipalities taking advantage of this opportunity. 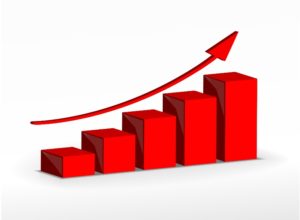