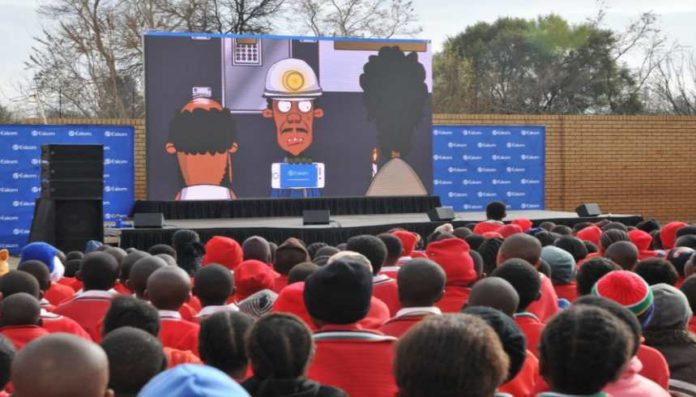 Eskom is embarking on a month-long countrywide campaign, the National Electricity Safety Month, in an effort to reduce electricity-related injuries and deaths across the country.

The parastatal said in an announcement on Tuesday that Eskom officials will be visiting various places around the country to educate South Africans about using electricity safely and responsibly during the month of August.

The utility reported that in 2016 a large number of the public suffered serious injuries and fatalities due to coming into contact with electricity, and other electricity-related issues.

The main cause of these incidents has been attributed to illegal connections, which are extremely dangerous since these are made with no or poor insulation, or these wires touch other metal objects such as shacks or fences which then become energised.

National Electricity Safety Month will kick off on 1 August in Soweto at the Protea South Primary School before proceeding to the Protea Multipurpose Centre for a community engagement.

The community gathering will be followed by a tour around the area to highlight some of the hazardous practices including illegal and unsafe electricity connections.

Eskom wants people to know how to identify the dangers and what to do if or when they spot them.

While issues like illegal connections, vandalism, electricity/cable theft, meter tempering and bypassing are national problems, there are some areas with a high prevalence. Read more…

The hot spot areas are in Gauteng, KwaZulu-Natal and the Eastern Cape, the utility highlighted.

Eskom officials will be shining the spotlight on these areas during this week and bringing members of the public important messages on how to stay safe from harm.

Alex Stramrood, Eskom’s Corporate Occupational Health and Safety (OHS) Manager, commented: “One person losing their life or getting injured because of the unsafe use of electricity is simply one too many, especially because these are avoidable incidents.

“We as Eskom want to eliminate all injuries and fatalities caused by electricity and ask communities to help us in this continuous battle. We know what the biggest causes of these dangerous incidents are and therefore appeal to all South Africans to assist us by not connecting illegally and making sure that all electrical cables and appliances in the home are safe and in a good condition.”

He added: “We place more emphasis on electricity safety in August every year, but our campaigns and community education sessions run throughout the year.”

Eskom is looking to use this intensive month-long campaign to also encourage all community members to report any unsafe conditions or connections they come across by calling 08600 ESKOM (37566). Read more…

“Our major concern in the case of illegal connections is that danger is posed not only to the people who make the connections but also to the rest of their community, particularly children and animals. Moreover, these connections unfairly inconvenience law-abiding and paying customers as they often cause power failures due to overloading of the network,” explains Stramrood.