The Democratic Republic of Congo (DRC) Chamber of Commerce said this week that they are looking at South Africa for power imports to help its struggling mining sector.

According to media, should the rain remain at bay, it “could cause a 50% drop in output in the country’s main hydroelectric plants during the May to September dry season.”

Engineering News added that the power export would include interconnections through grids in Zimbabwe and Zambia, which will naturally push up costs.

“It’s clearly more expensive . . . but the economic interest is so great that we are obliged to go hear them out,” Monga told Reuters.

According to Engineering News, the central African country’s copper-mining Katanga region does not receive sufficient supply for its daily operations therefore operators have to rely on expensive imports from Zambia.

“Monga said each mining company would be free to eventually negotiate with Eskom for the power it requires. Major operators in Congo include Glencore, Ivanhoe Mines and Randgold,” Engineering news reported.

Last year, the African Development Bank (AfDB) announced its approval of $11 million awarded to the DRC to help improve access to electricity coverage in the country.

The funds are aimed at supporting a project to extend affordable electricity coverage within the country and also to the neighbouring countries in the Nile Equatorial Lakes region in the short term, the AfDB said at the time.

According to the Bank, national electricity access rates across the Nile Equatorial Lake region are low, ranging between 2 and 17%, and only 4% in the DRC.

The AfDB highlighted that the country’s North Kivu and South Kivu regions, areas in which the DRC component of the larger Nile Equatorial Lakes Subsidiary Action Programme (NELSAP) is active, have a combined unmet electricity demand of 115MW and are subjected to rampant interruptions in supply. 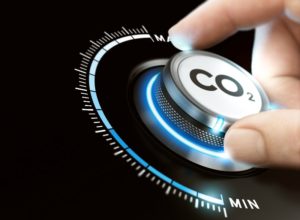