South African political party, the Democratic Alliance (DA), is planning a meeting with new energy minister to discuss and clarify her position regarding critical energy issues in South Africa.

According to a statement released by the DA, they will seek clarity on the nuclear deal, the renewable IPP programme and updates to the energy regulatory framework. Read more…

Minister Kubayi will play a direct role in the finalisation of the current draft Integrated Resource Plan 2016 (IRP 2016), which currently places a hold on new nuclear capacity until the mid-2030s.

Whispers in the Department seem to suggest Kubayi will either make radical amendments to the current plan or simply not take the updated plan to Cabinet for approval – giving Eskom the necessary space to continue with the already underway procurement process.

A failure to pass the IRP 2016, will also severely limit the ability of Parliament and civil society to question the nuclear deal.

The appointment of Minister Kubayi also throws into question the future of the highly successful REIPPP, which has resulted in inward investment of R200 billion [$14 billion] since 2011. In July last year, the renewables programme ground to a screeching halt.

There is now significant doubt as to whether the signing of the remaining 37 power purchase agreements will go ahead by 11 April 2017 as planned and whether the renewables programme has a future beyond the already allocated bid-windows.

Eskom has expressed a preference that National Treasury directly cover the costs for the renewables programme – a move designed to free up Eskom’s balance sheet in order to pursue the nuclear new build programme.

Such a move would be disastrous for South Africa’s sovereign credit rating, significantly undermining any attempts to regain an investment grade rating.

The Department has also been working on various troubling amendments to South Africa’s Energy Regulatory Framework as currently contained in the National Energy Regulation Act (2004) (NERA).

These include the establishment of an appeal board which would have wide ranging powers. Alarmingly, membership to this board will be determined solely at Minister Kubayi’s discretion, and while the criteria for appointment will be similar to those for appointment to the NERSA board, it is deeply concerning that the bar on political party membership for regulators will not apply.

This amendment will effectively ensure the politicisation of the appeal board, making it subservient to political interference, undermining the independence currently enjoyed by NERSA.

The creation of an appeal board will therefore open the door to unlimited challenges to NERSA’s rulings which may be judged on political criteria, rather than those of efficiency or equity.

This will greatly undermine NERSA’s ability to stand up to Eskom’s ludicrous tariff increase requests, as any decision taken by NERSA could be overturned by a politicised appeal board made of members of the ruling party.

There is now every expectation that Minister Kubayi will try ram this amendment through parliament in order to provide Eskom with greater revenue in order to prop up its balance sheet and support the proposed nuclear new build programme. Read more…

The DA will continue to push Minister Kubayi to clarify her position regarding energy in South Africa, the statement concluded. 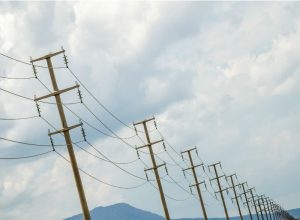 Commentary: The state of free basic electricity in South Africa