“This decision – which I fully support – will begin the process of restoring good governance and ending corruption at the power utility,” Mashaba noted.

He added: “Weak corporate governance and corruption at City Power have for too long been allowed to rob our residents of much needed service delivery.”

He stressed that weak governance has been made evident by alleged corruption and gross mismanagement of the Eldorado Park and Hopefield substation contracts.

“Millions of Rands were paid to a contractor who has not performed the work required,” Mashaba said.

“Had City Power’s governance and management systems not been eroded by corruption, quality services would have been delivered to the residents of these communities.”

In a personal letter to the media, Xulu said:

“A number of media releases have been issued by representatives of the City of Johannesburg in respect of the allegations that there is corruption within City Power. Many statements have been implying that I am corrupt or am in some way involved in gross misconduct. Most notably, no detail whatsoever is given in these press releases, despite reports that the SNG forensic investigation has been concluded.

City Power informed me recently that they do not intend to institute disciplinary proceedings against me but that in the interests of City Power I am released from my obligations to tender my services but they would honour their obligations to me until the termination of my fixed term contract which occurs on 31 August 2017.

The enquiry into allegations of alleged corruption made against myself and others was initiated in this instance by the City of Johannesburg in January 2017. Many of these allegations made against me are not new, having been the subject matter of previous investigations and reviews by reputable professional institutions such as a well-established auditing and forensic firm, a leading law firm, practicing advocates and also by the Auditor General, all of which concluded that I was not implicated in any impropriety whatsoever.

To facilitate the investigation and in the belief that this would clear my name again, I proposed to the the Board of City Power that I would take special leave and would have an opportunity to present my input into the investigation report when this became available. I subsequently participated in an interview with the investigators and provided them with substantial information and willingly answered all queries that they raised with me.

Although I have requested it [the SNG Forensic report], I have not to date been provided with a copy of the investigation report and therefore have no knowledge whatsoever of the findings or whether there are in fact any allegations of impropriety on my behalf.

As recently as today [5 July], I suggested in a letter to City Power that we could meet in order to discuss the allegations made against me and others in the investigation report as I have nothing to hide as I have had no involvement whatsoever in corruption at City Power or elsewhere. On that aspect, I agree with Mayor Mashaba that corruption must be stamped out and it is for that reason that I am happy to assist City Power to the extent that they may want me to do so.

I am obviously offended that I have been implicated in the media as being corrupt or involved in misconduct when I have not been favoured with the specificity as to the basis of the alleged investigation findings. I refute these disparaging allegations and have no doubt that if afforded the opportunity to provide my input, any misconception that I am corrupt will be dispelled.” 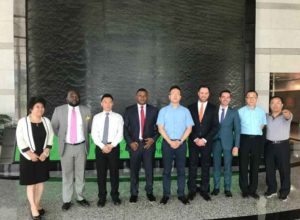