Last week, National Treasury published the second draft of the Carbon Tax Bill, announcing that following a public consultation process – closing on 9 March 2018 – the revised bill is anticipated to be formally introduced to Parliament by mid-2018.

However, since the discussion paper in 2010, business has lobbied against introducing a carbon tax, warning that it will increase costs and place South African products at a disadvantage.

Read the REPUBLIC OF SOUTH AFRICA DRAFT CARBON TAX BILL and submit written comments by close of business on 9 March to carbontaxbillcomments@treasury.gov.za

Why a carbon tax bill is needed

The reason behind implementing the tax is to support South Africa’s commitment to the UN and COP to reduce greenhouse gas (GHG) emissions by 34% by 2020 and 42% by 2025 against a ‘business as usual’ curve.

Cabinet approved the submission of the draft bill to Parliament on 16 August 2017 and noted carbon tax as an integral part of the system for implementing government policy on climate change.

The bill is claimed will enable South Africa to meet its nationally determined contribution (NDC) commitments in terms of the Paris Agreement on climate change, and to reduce the country’s GHG emissions in line with the National Climate Change Response Policy and National Development Plan. Read more: Investment toward low-carbon drive fluctuates, says report

“The Paris Agreement comes into operation in 2020, which means that efforts to reduce our GHG emissions and meet our commitments cannot be further delayed. The NDC noted that carbon tax is an important part of the package of measures to reduce emissions, complemented by appropriate regulations and incentives,” said Treasury.

The draft bill is the culmination of an extensive consultative process on carbon tax policy since the publication of the Carbon Tax Discussion Paper in 2010, the 2013 Carbon Tax Policy Paper, and the 2014 Carbon Offsets Paper.

Among the comments received on the first draft of the bill that was released in November 2015 led to revisions relating to carbon offset and performance allowances as well as electricity prices, electricity generation levy and renewable energy premium among others.

Treasury has now invited stakeholders to submit written comments on the draft bill by close of business on 9 March 2018 to carbontaxbillcomments@treasury.gov.za 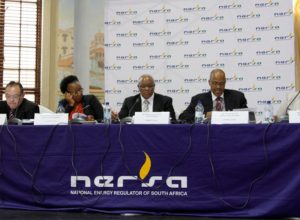