Following in the footsteps of other southern African countries, the Botswana Energy Regulatory Authority (BERA) has started to operate in bids to ensure that proper procedures are adhered to.

The chief operating officer at BERA, Duncan Morotsi, vowed that the body will ensure that the country has uninterrupted supply of power, the Patriot reported.

Morotsi also stated that the generation of electricity will be open to everyone to participate including individuals and companies to ensure sufficient supply of energy.

Morotsi  further announced that the regulator is currently setting up tariffs and will be responsible for their approval.

BERA’s inspection, supervision and environmental compliance officer Matsapa Motswetla said they would be working hand in hand with other organisations such as the Botswana Bureau of Standards to ensure that products are of acceptable standards.

BERA will be responsible, for among others, regulation of the whole energy value chain, which include gas and petroleum products.

According to the Patriot, Motswetla said the establishment of the organisation will also minimise cases of fuel and oil spillages, which could have devastating effects on the environment. This he said would be implemented by the Department of Environmental Affairs with the overall objective being to reduce pollution.

Some of BERA’s duties include ensuring sustainable and secure supplies in the regulated sector; setting and maintaining service standards; ensuring that tariffs in the regulated sector are fixed on the basis of a tariff methodology that has been set up in a transparent manner taking into account government policy on cross subsidies between classes of consumers.

BERA will also ensure that the regulation of the energy sector is done in accordance with the best international regulatory practice.

The Authority will regulate electricity supply, mines and minerals, petroleum (exploration and production) Botswana Power Corporation and control of goods, prices and other charges. Read more… 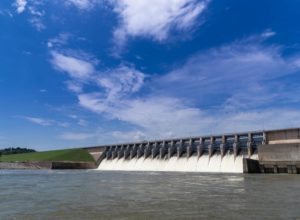