On Friday, state-owned air transport company, South African Airways (SAA) and its subsidiary Mango, flew the first ever flights in Africa fuelled by biofuel made from tobacco plants grown in the Marble Hall region in Limpopo, Money Web reported.

The Boeing 737-800 biofuel-fuelled planes flew between OR Tambo International airport near Johannesburg and over Cape Town.

According to media, the patent holder of the tobacco farm, which is specially designed to produce this grade of biofuel, is industrial research and development company, Sunchem SA.

The Solaris tobacco plant project, where vegetable crude oil is extracted to be used as aviation fuel, started two and a half years in Marble Hall, according to company CEO, Hayo de Feijter.

“A mixture of 30% biofuel and 70% conventional fossil fuel was used for the flights. The fuel for the flights was supplied by global market leader for sustainable jet fuel SkyNRG and produced by AltAir Fuels.”

They added that no modifications to the aircraft or engines are required to be able to use the biofuel and the aircraft is simply fuelled with the certified blend.

At a recent panel discussion in Cape Town, representatives from SAA, Sunchem, Boeing, and SkyNRG would not disclose the project cost. However, Maarten van Dijk, CEO of SkyNRG said in the US the cost of aviation biofuel is comparable with conventional fossil-based aviation fuel.

According to media, the panel noted that the cost would become competitive with traditional aviation fuel once the country has its own supply chain, including a refinery.

Musa Zwane, SAA’s Acting CEO, said: “The project has brought economic and rural development to the Limpopo province in keeping with SAA’s mandate to support the South African National Developmental Plan. It establishes a new regional biojet fuel supply chain of which we can rightfully be proud. SAA as a leading African and global airline is a trailblaser when it comes to environmental and social sustainability in Africa.”

According to statement released by SAA, the crop achieved certification from the Roundtable on Sustainable Biomaterials (RSB), one of the strongest sustainability standards in the world, which is seend as the ‘gold standard’ of environmental sustainability for biomaterials. 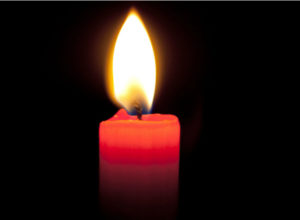