This is according to managing partner at Dentons South Africa, Noor Kapdi, who stated that energy policy is beginning to take priority in Africa, the Southern Times reported.

Kapdi said: “The opportunities and the challenges in the African power sector are unmatched in any other part of the world.

“There are some potential game-changers in the sector, but it is important to get a sense of the scale and scope of the issues involved.”

Media highlighted that African economies have experienced economic growth that surpasses other regions.

However, Kapdi underlined that in order to ensure the sustainability of this growth, African governments need to prioritise the establishment of reliable and affordable electricity as a necessity for economic development and poverty reduction.

Media further noted that at present, most African countries do not permit private entities to construct or operate grid infrastructure. Read more…

“Various countries have however undergone or plan to undergo significant reforms by restructuring, unbundling and privatising existing utilities,” Kapdi noted.

“The unbundling of utilities has already resulted in increased private sector participation in the sector,” he said.

He also underlined that opportunities for off-grid and mini-grid power generation are created by the poor grid infrastructure and long distances between which that electricity needs to be distributed.

To overcome this issue, Kapdi said it may be worth considering private participation in the construction and operation of grid infrastructure.

Kapdi also revealed another solution, dubbed ‘tetralemma’ – the combined requirement of an electricity-generating technology that provides security of supply, equity and affordability, sustainability.

“Renewable energy technologies offer two key advantages in Africa – speed and decentralisations as they can operate both on-grid and off-grid. 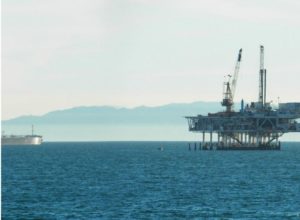