The 25MW Ngodwana Energy Biomass Project, was one of the 27 power purchase agreements (PPAs) under rounds 3.5 and 4 of the REIPPPP, signed by South African Energy Minister Jeff Radebe last week. Read more: Wind sector beams with joy on IPP progress

The procurement of the 27 new projects is the biggest IPP procurement by the Department of Energy to date, representing a total of R56 billion of investment and about 2,300MW of generation capacity to be added to the grid over the next 5 years.

“We have reached this milestone following a long period of uncertainty, not only for the renewable energy industry, but also for private sector investment in the energy sector as a whole. This has not been good for investor confidence in our country neither for the management of the economy,” the Minister said on conclusion of the signing.

The Ngodwana Energy Biomass Project will be fuelled using waste wood chips from Sappi’s plantations and its Ngodwana Mill.

Jen Stolp, Partner in the Banking and Finance Practice at Baker McKenzie, and the project advisor said: “Heartfelt congratulations to Sappi and Fusion Energy, sponsors of the Ngodwana Energy Biomass Project, and Nedbank and Absa, the lenders to the project.

“We are thrilled to have acted as lender counsel on the first biomass project to reach financial close under the REIPPPP, and the first REIPPPP project in Mpumalanga, which will bring much needed job creation and social upliftment to the region.”

“After a long period of uncertainty, the signing of Power Purchase Agreements (PPAs) and Implementation Agreements for the latest round of renewables is a very positive step for all South Africans, and for renewing investor confidence in the country,” she noted.

Kieran Whyte, Head of the Energy, Mining and Infrastructure Practice at Baker McKenzie said: “The renewable energy programme should act as a catalyst for energy transition in South Africa, based on an energy mix that is progressive, responsive to customer demands, and that will assist South Africa in discharging its sustainability obligations.” 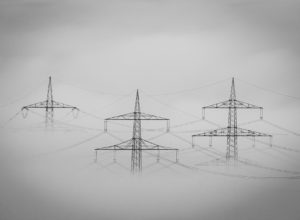