According to the African Development Bank’s updated forecast on the African economic outlook, the economy in 2017 compared with 2016 remains on a positive growth path and is expected to gain momentum in 2018.

“The changes in previous forecasts released in the African Economic Outlook in May 2017 followed the release of new data by some key countries –Nigeria, Algeria and Egypt– which account for some 50% of the continent’s GDP and which revised their 2017 and 2018 forecasts downwards,” said Abebe Shimeles, the bank’s acting director for macroeconomics policy forecasting and research.

The AfDB also noted that the continent’s averages compare favourably with global economic growth projections of 3.5% and 3.6% GDP growth in 2017 and 2018, respectively.

In regional terms, East Africa remains the fastest growing region, with an estimated growth of 5.1% in 2016 projected to grow by 5.4% and 5.8% in 2017 and 2018 respectively. Growth in this region is mainly driven by strong domestic demand and high public infrastructure spending.

The Bank warns that continued political uncertainties and reduced oil production in Libya continue to drag growth in the North Africa region. Libya is projected to stay in the negative growth territory in 2017 and 2018 with a growth of -4.9% and -3.9% respectively.

Similarly, in Central and West Africa regions, dominated by oil producers, growth was severely constrained at 0.5% and 0.4%, respectively in 2016. In West Africa, the economic recession in Nigeria completely offset the strong gains made in Sierra Leone, Togo, Cote d’Ivoire and Senegal, the latter two being the region’s fastest growing economies.

Nigeria accounts for 72.4% of the region’s overall GDP but contracted by -1.5% in 2016 against an average expansion of 6% for the other four economies, which collectively account for about 10% of regional GDP.

West Africa is expected to record improvements in growth to 2.5% and 4% in 2017 and 2018 respectively mainly attributed to improvements in oil production in Nigeria and rising global commodity prices.

Central Africa on the other hand was mainly slowed down by poor performance in Equatorial Guinea and Chad, which contracted by -7.3% and -6.4%, respectively. This is followed by Republic of Congo, which shrunk by -2.4%, whereas Central Africa Republic is expected to record improvements in growth in 2017 and 2018 of 1.6% and 3.1% in the two respective years, the report says. 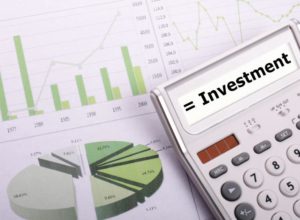