Some progress on meeting the African energy challenge but a long way to go!

The Infrastructure Consortium for Africa held its 4th Annual Meeting in Tokyo in March. While Africa’s infrastructure needs are daunting, ICA members heard how commitments to make new investments have increased dramatically over the past year. The ICA was established after the 2005 Gleneagles G8 summit to facilitate more and better coordinated investment in infrastructure in Africa to achieve the economic growth and poverty reduction necessary to meet the Millennium Development Goals.

ICA members comprise the G8, development banks and other significant investors in infrastructure in Africa, as well as the key African organisations. They heard how commitments to infrastructure, both through official development assistance largely to sub-Saharan Africa, and non-concessional lending, mainly to Northern Africa, during 2007 had increased by more than 40% over 2006 reporting. This is good news as many bilateral donors are reporting reduced activity. Much of the increase has been for large regional projects, such as electricity inter-connectors, that have been traditionally very time-consuming to package and finance. More regional energy projects are being studied and prepared through initiatives such as the Infrastructure Project Preparation Facility, hosted by the African Development bank, and the EU Africa Infrastructure Trust Fund, hosted by the European Investment Bank. These should result in further new investments over the next few years. Recent projects that have secured financing include the Felou regional power project, the Caprivi Interconnector and a feasibility study for the Ethiopia-Kenya Power Interconnector. The papers presented at the Tokyo ICA meeting are now all on the website (www.icafrica.org) including one summarising the power supply situation in Africa (S7).

Despite this progress, the challenge has seemingly also increased significantly. The meeting received an update on the Africa Infrastructure Country Diagnostics study, covering 24 countries in sub-Saharan Africa, which will report this summer. Based on various service level scenarios, the investment needs are huge, around $38 billion pa over the next 10 years, with electricity needing the largest slice of around $25 billion each year. Modelling highlights the economic importance of cross border electricity interconnection, the sensitivity of hydro-power potential to fuel prices and river flows, and fiscal deficits in power occurring in many countries. The AICD progress report is available on the ICA website and, when the report is launched along with its own website in the summer, it will form a valuable data source that can be used for different planning scenarios. Recommendations being prepared for the UN’s MDG Call to Action include a call for a further doubling in the infrastructure funding delivered since 2005, particularly a “new deal” on working in the energy sector. Scaling up to meet Africa’s needs involves working more closely with emerging financiers, including China, India and the Arab Banks, as well as leveraging significantly more private sector investments into the energy sector. 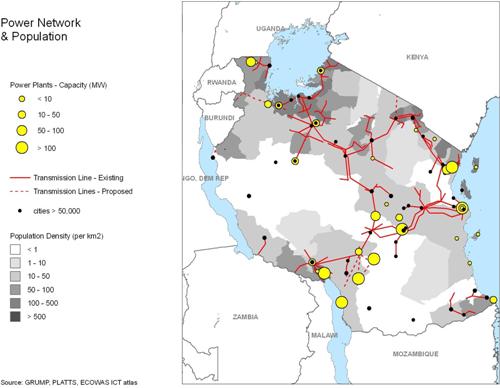