According to a statement by Roneft: “The document secures the intention of the parties to explore the possibilities of establishing a joint venture in order to develop a supply chain for further gas supplies to industrial consumers in Egypt.”

The agreement was signed on Friday by Rosneft’s vice president for refining, petrochemicals, commerce and logistics, Didier Casimiro, and Fleet Energy Group’s president, Essam Kafafi, on the sidelines of the St. Petersburg International Economic Forum.

In other news, Egypt’s Petroleum Minister Tarek El-Molla said on Wednesday that the country’s Zohr gas field is expected to produce two billion cubic feet of gas per day (bcf/d) by the end of 2018, Energy Egypt reported.

The minister highlighted that Egypt is planning to add one bcf/d to the current output in Zohr, aiming to achieve self-sufficiency in gas production by the end of this year.

“Since it started production at the end of December 2017, the Zohr gas field’s production has tripled to reach one bcf/d per day,” El-Molla said.

In addition, the Minister said on Wednesday that the country has earmarked 25 billion Egyptian pounds (around $1.4-billion) to develop the country’s electricity network over the next two years. Read more: Egyptian utility upgrades to new grid management system 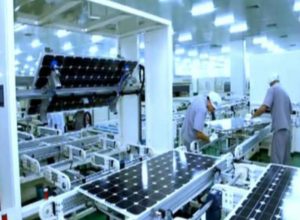