The financial cost of meeting Africa’s infrastructure needs is estimated at $93 billion annually until 2020 to close the infrastructure gap, states Giovanie Biha, deputy executive secretary at the United Nations Economic Commission for Africa.

Speaking at the 23rd inter-governmental committee of experts of Southern Africa last week, Biha expressed concern that the financial cost of meeting the continent’s infrastructure needs are substantial.

“According to the African Development Bank, it is estimated that Africa needs about $93 billion annually until 2020 to close the infrastructure gap. Africa must look inwards in financing its infrastructure development and dismantling obstacles to intra-Africa trade and the movement of persons across the continent.

“We need to prioritise and sequence the implementation of our infrastructure needs,” she stressed.

According to Biha, the continent’s road freight cost was about four times more than other regions of the world. Specifically, the intra-SADC cost of export is $1,904 per container and to import is $2,428 per container.

Whereas the equivalent figures for intra-Association of South-East Asian Nations trade were $743.5 and $787.5, respectively.

“Other RECs (regional economic communities) in Africa register even higher figures. Up north of the continent, a truck transporting millet/sorghum on the Koutiala–Dakar corridor has to pass through almost 100 checkpoints and border posts, and the driver can expect to pay bribes of about $437,” she said.

As such, the infrastructure deficit is a major contributing challenge to trade facilitation, intra-regional trade and economic development and transformation in Africa.

The level of intra-African regional trade is the lowest globally. Regional integration is a development priority for #Africa! #High5s pic.twitter.com/2a8iQHXG9g

“You will agree with me that in general, power deficits are the biggest infrastructure challenge, maritime transport has limited berth and storage capacity, rail infrastructure is generally poor and continues to deteriorate, air transport services are expensive and inefficient, and access to ICT, though improving, remains poor,” he said.

“The gap is real and needs to be addressed for industrialisation and socio-economic development. Let me remind you, developing infrastructure is not cheap.”

Chombo said investing in such infrastructure requires both public and private sector effort through various strategies including public-private-partnerships. Read more…

The United Nations Economic Commission for Africa’s director of the Southern Africa office, Professor Said Adejumobi, stressed that careful consideration should go into deciding the type of loans that are contracted from international financial institutions to address the infrastructure deficit.

“What we are seeing at the moment on the continent is we are moving rapidly back to the debt trap; where we were in the 1980s and that has created serious problems for us and we must avoid that,” he said.

Adejumobi added that it is critical for the continent to mobilise resources for infrastructure development through internal initiatives such as Public-Private Partnerships as well as coming up with bankable projects that can be financed by the continent’s development institutions such as the African Development Bank. 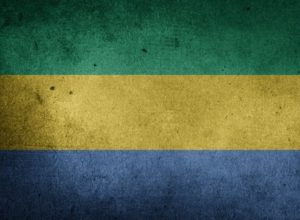