The board of executive directors of the International Finance Corporation (IFC) has approved an investment of $635 million that will help construct, operate and maintain up to 11 solar power plants in Egypt.

The project with a combined capacity  totaling 500MW, will help drive the local economy, including the creation of temporary and permanent jobs and help reduce greenhouse gas emissions

Mouayed Makhlouf, IFC director for the Middle East and North Africa, commented: “This landmark investment demonstrates that when you have the right reform policies, and a government willing to allow greater involvement by the private sector, you can attract investors in every sector, including infrastructure.”

“Investments like these are the nucleus for economic growth, which is needed in Egypt,” Makhlouf added.

Egypt’s solar FIT programme, which includes projects financed by other institutions like the European Bank for Reconstruction and Development and Proparco, is expected to be one of the largest foreign direct investments (FDIs) in years, catalysing a total inflow of $2 billion.

The IFC said the programme will introduce multiple regional and international investors to the country, as well as a number of new lenders, highlighting Egypt’s re-emergence as an attractive investment destination.

This project is also a result of a joint World Bank Group implementation plan in which IBRD, IFC and MIGA work together to respond to a key priority for Egypt’s government.

The investment is part of IFC’s broader strategy to create markets that are competitive, sustainable, inclusive, and resilient. 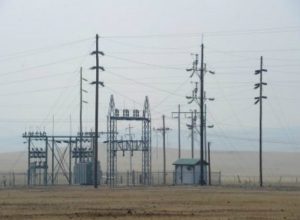