The Al-Negila site in Marsa Matrouh governorate in Egypt, has proved to be a viable location for the development of a nuclear power plant.

The Nuclear Power Plants Authority and the international consultant, Worley Parsons, who recently completed the preliminary study, made this announcement public this week.

The study examined the feasibility of developing nuclear power plants with a total capacity of 2,800MW by 1,400MW per plant, Daily News Egypt reported.

An official at the authority said that further studies are underway and will be done over a two-year period.

According to Daily News Egypt, “the authority is negotiating with Marsa Matrouh governor to allocate 30km in Al-Negila to establish the project, however, the plant’s establishment will be postponed until Al-Dabaa nuclear power plant has been implemented.”

The nuclear project will be offered in a tender after completing its technical and financial studies.

“We have received three offers from South Korea, China and France to set up a nuclear power plant, but we have postponed them until we have finished all the studies,” the source said.

“The ministry is awaiting approval from a number of agencies, including the ministries of defense, interior, petroleum, housing, agriculture, communication, environment, tourism, and the Supreme Council of Antiquities in order to submit a proposal to the cabinet in preparation for submitting it to the president to issue a presidential decision to allocate the land for building the project,” media reported.

According to Daily News Egypt, the north African country signed an agreement with Russia to set up Al-Dabaa nuclear power station with a capacity of 4,800MW with third-generation technology being the safest technology. 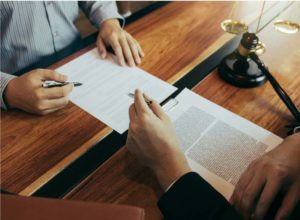