Engineered with unique features, the advanced controller enables one to adjust the sequence, brightness and colour of lights in any room using various technology applications such as WiFi or voice-activated technology, a company statement explained.

The company’s CEO, Fraga, said: “We are excited to introduce our game-changing LED controller DLIGHT4 to kickstarter this month. Designed to delight, our fully connected and customisable controller is powered with tons of exclusive features to ensure a new dimension to the world of LED control.”

Elaborating on the inspiration behind the innovation, Fraga highlighted the lack of reliable and functional LED controller in the market.

He said there is no dearth of LED controllers in the market but most of them are mere toys.

“Our innovation makes things better and exceeds expectations. It’s the first of its kind to allow users to connect LED strips to their WiFi network in just seconds. You can use smartphones, IFTTT, tablets or even your voice command to change the pattern and colour light instantly,” Fraga stated.

He continued: “But such a revolutionary project demands massive financial backup for mass production. Hence, this crowdfunding campaign.”

According to the technology company, the device is designed to integrate smoothly with all major home automation systems including Crestron, Lutron and RTI.

Fraga stated that the prototype has unique features that distinguish it from all other regular LED controllers in the market. The features include the following:

“Our product comes with a five pin connector where you can connect two buttons with several behaviours (each) and sensors to recall scenes. It’s also the first in the market with parallel output that will allow one to connect two LED strips simultaneously and enjoy the same behaviour,” Fraga said.

He concluded: “Our backers would be getting a true innovative lighting technology that assures the most convenient and meaningful adjustment of LED lighting. Let’s join hands to bring the innovation to life.” 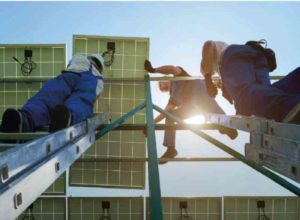