The UK government has committed to spend $311 million on nuclear R&D projects between 2015 and 2020 including $37.5 million on a Small Modular Reactor (SMR) programme, Nuclear Energy Insider reported.

It is through this objective that the government launched a competition in March to seek out the best value SMR design.

Nuclear Energy Insider reports: “To qualify for the UK SMR competition, designs must allocate a minimum of 40% of total plant costs to in-factory production of modular components to spur competition between advanced manufacturing technology providers and reduce project costs.

“Nuclear AMRC has been working with several reactor developers to identify and prioritise advanced manufacturing capabilities.

“Partners include Westinghouse, which aims to reach 100% modularity on its SMR build process. Westinghouse is working with the Nuclear AMRC to increase SMR design efficiencies and reduce build times.”

Mick Gornall, Westinghouse’s Vice President and managing director for the UK and Middle East, said at the SMR UK Summit in October: “Particular technologies that we are working on at the moment are things like additive manufacturing or 3D printing, advanced modelling technologies, machine and factory automation and Hot Isostatic Pressing.”

David Orr, ‎Senior Vice President Nuclear at Rolls-Royce, the UK engineering group and SMR developer, said during a webinar in August: “At the moment we are looking at a £40 million programme to support the industrialisation of SMRs.”

He added that this investment would be provided over 2016-2020 and channelled towards advanced manufacturing, in particular the development of modular and standardised processes, Nuclear Energy Insider reported. 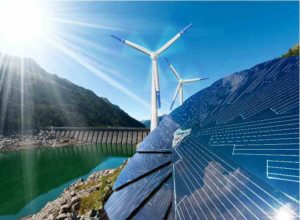 Renewables to soar this decade with $3.40 trillion in investments