This is due to the Danish supplier’s wide geographic diversification strategy and strong performance in the US market.

Preliminary results are subject to change between now and the release date of the actual report.

Siemens Gamesa ranked second in 2017, primarily due to the recent merger between Siemens Wind Power and Gamesa, its strong position in the offshore sector and India and improved position in the US, according to preliminary findings of the report.

The research found that Chinese supplier Goldwind remains in third position in 2017, despite the share in its home market decreasing another 15% in 2017.

GE fell two positions to fourth place, particularly due to the loss in its home market, where Vestas overtook it as the No. 1 supplier for the second year in a row.

Enercon retains fifth place by taking advantage of strong domestic market growth in Germany, where nearly 6.5GW were installed in 2017, making it a record year.

Among other highlights, the report notes that Nordex Acciona moved up one spot due to strong position in Germany and better performance in the US.

In addition, Senvion returned to the top 10 turbine supplier ranking in 2017 by taking advantage of strong home market growth in Germany. The rest of OEMs in the top 10 are all Chinese-based manufacturers. Read more: Lake Turkana Wind Power expected to link to grid in Q3

The Global Wind Market Update – Demand & Supply 2017 report examines the evolution of the global wind market in 2017 and addresses key market and technology trends and policy updates. It also forecasts global demand trends through 2027. This report will be available free of charge on FTI Intelligence’s website in March 2018. 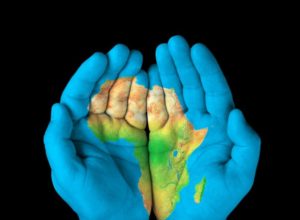