Of this amount, $21.2 billion, equivalent to 77%, was dedicated to climate mitigation finance, with the remaining 23% devoted to climate adaptation.

Combined with additional co-financing from other investors, the total amount of finance mobilised for climate action reached $65.3 billion last year.

Broken down by region, the largest share of last year’s MDB climate finance went to South Asia, with 20%, followed by East Asia and the Pacific and non-EU and Central Asia, with 19% and 18%, respectively.

The Middle East and North Africa at 9% and sub-Saharan Africa at 7% received the least climate finance despite being the regions to be most impacted by climate change, according to the Intergovernmental Panel on Climate Change. Read more…

This state of affairs contradicts the sense of urgency, which underlined the pledge by developed countries to commit $100 billion per year of new and additional finance to assist developing countries to address adverse effects of climate change (which was further reinforced in the Paris Agreement).

AfDB’s Director of Climate Change and Green Growth, Anthony Nyong, said.“As we get closer to 2020, the global community needs to double efforts on pre-2020 ambitions on finance because these will determine the level of achievement of the post-2020 actions. Africa’s Intended Nationally Determined Contributions (INDCs) are largely conditional pledges.”

The AfDB has set up an Africa Nationally Determined Contributions (NDC) Hub to assist African countries to align their NDCs with national development plans; provide a platform for a concerted, targeted climate finance mobilisation effort commensurate with the low carbon and climate resilient development pathway; and to rally, in a coordinated manner, all interested parties around a collaborative effort for NDC implementation across Africa.

Despite the shortfall they face in the receipt of needed climate finance, African nations continue to work to advance on their commitments to create sustainable societies built on climate-friendly energy and climate-resilient development solutions.

AfDB Vice-President for Power, Energy, Climate and Green Growth, Amadou Hott, said:  “For its part, the AfDB has committed to allocating about 40% of its project approvals across all sectors as climate finance by 2020. Our goal is to ensure Africa efficiently uses its resources both natural and human to safeguard the planet while improving the lives of all its people.” 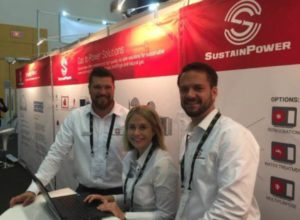