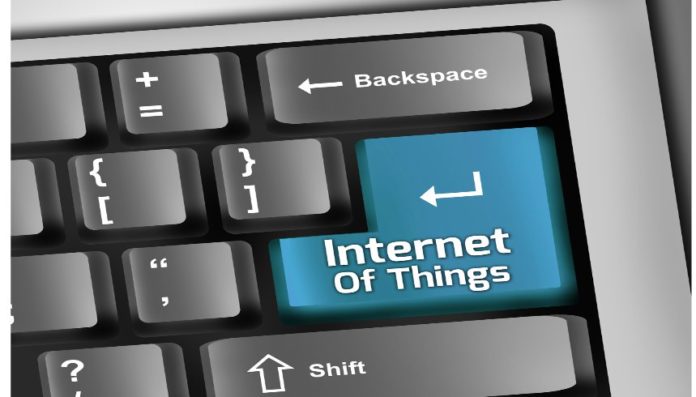 Is a ‘scarcity mind-set’ still relevant in a world of technology-enabled production efficiency?

According to the recent [2016] World Economic Forum held in Davos, Switzerland, we stand on the brink of what is termed the ‘Fourth Industrial Revolution’, a technological revolution that promises to fundamentally change the way we live, work, and relate to one another. [i]

This article originally appeared in Issue 2 2016 of our print magazine. The digital version of the full magazine can be read online or downloaded free of charge.

Essentially we are talking about harnessing energy in different forms and deriving benefit from it. Humanity has become the dominant species on this planet by harnessing energy along with a good appreciation of the laws of physics. This has paid off for us so far, but it remains to be seen as to whether we can stem and repair any consequential environmental damage that may threaten our continued survival.

There is a view that it is more of a systemic transformation affecting all aspects of economic life, driven by the convergence of a wide range of sectors and fields with information technology serving as one of the underlying platforms. Kenyan-born and internationally recognised authority on technology and innovation for sustainable development, Professor Calestous Juma, has suggested that calling it ‘industrial’ is to understate its reach and possibly misrepresent its character. In his view, “calling it ‘industrial’ has significant policy implications because it makes it look sectoral whereas it is system-wide”.

He goes on to suggest that those who view it as sectoral are unlikely to reap its full benefits as there is a danger that the reference to a fourth industrial revolution also carries a linear view whereas the transformation that is occurring is qualitatively different and cannot be characterised as a next step from what occurred in the past. This implies that we cannot rely on the past to visualise the future. [ii]

That said: It’s become a fragile and somewhat scary new world. In film director Werner Herzog’s documentary, ‘The Connected World (2016)’ [iii], Herzog investigates the connected world and the people who protect it. From cyber-crime and service outages to technological advances in science, healthcare and retail, taking a deeper look at how our lives depend on staying connected, we see just how big and yet fragile the connected world has become. The documentary asks the questions; ‘Will our children’s, children’s children, need the companionship of humans? Or will they have evolved in a world where that’s not important?

Can we say with any certainty that Artificial Intelligence (AI) has not already evolved spontaneously on the Internet?’ This documentary also wrestles with some profound and intangible questions regarding our technology and its ‘AI’ enabled future. Will it dream, as humans do, of its own existence? Can it discover the fundamentals of morality, or perhaps one day understand the meaning of love? Or will it soon cause us – if it hasn’t already – more harm than good?

The Internet of Things (IoT) implies interconnectivity on a massive scale between people, machines, sensors and anything that does anything – but what are the risks and the benefits? As far back as 2008 there were more ‘things’ connected to the internet than people and it seems that the future of human society will be a future defined by intricately connected sensors and actuators. At least, this is what the ongoing global conversation on the 4th Industrial revolution suggests.

The subject of the fourth industrial revolution is intriguing. The picture it paints of how we are evolving in today’s world and what the future will look like is fascinating. Some have referred to it as smart factory, the Internet of Things, industry 4.0, or the 4th industrial revolution as championed by Klaus Schwab, founder and executive chairman of the World Economic Forum.

Enabled by the ever increasing penetration of broadband Internet, along with the decreasing cost of sensors with inbuilt Wi-Fi capabilities, technology costs are coming down, and smart device penetration is skyrocketing. All of these things are creating a ‘perfect storm’ for the IoT.

Simply put, this is the concept of basically connecting any devices with an on and off switch to each other via the Internet. This includes everything from coffee makers, washing machines and wearable devices to almost anything else you can think of. This also applies to components within machines. The analyst firm Gartner says that by 2020 there will be over 26 billion connected devices. That’s a lot of connections (some estimates put this much higher at over 100 billion).

Is this something to be feared or embraced?

It seems that it is happening irrespective of our reaction to it, so at least it helps to be empowered with knowledge of what it is and how it may impact us.

The reality is that the IoT allows for virtually endless opportunities and connections to take place, many of which we can’t even conceive of or fully understand the impact of today. It certainly opens the door to a lot of opportunity but also to many challenges. Security is a big issue with billions of devices being connected together. What can people do to make sure that their information stays secure? Will someone be able to hack into your toaster or web enabled baby monitor and thereby get access to your entire network?

Then we have the issue of privacy and data sharing. This is a hot topic today and it is difficult to imagine how the concerns will escalate when we are talking about many billions of devices being connected in the future. Another issue that many companies are going to be faced with is around the massive amounts of data all of these devices are going to produce. Companies need to understand how to store, track, analyse, and make sense of the vast amounts of data that will be generated.

If ‘Knowledge is power’ and ‘Power tends to corrupt’ and the IoT aims to bring together many sources of information to make proactive decisions creating the so called ‘Big Data’ domain. What is the risk of ‘Big Brother’ abuse? Who will have access to all this data about our consumer behaviour? It has been my experience that everything in life has both good and bad aspects, and can be used for good or evil purposes and we have to have some confidence that the good will prevail.

Of all the insights and opinions emerging from this dialogue around the IoT and the 4th Industrial Revolution the insights of Kei Pritsker are most thought provoking. In an article published as part of the World Economic Forum’s essay contest for Davos 2016 he suggests that despite the fear of all this technology and automation and the concomitant loss of jobs, with the advent of robotics and Artificial Intelligence we are rapidly approaching a state of abundance. [iv]

According to Pritsker we need to ask ourselves how technology can be a bad thing if it has provided us such abundance. He suggests that the problem may lie with our concept of work, not the technology. Instead of seeing automation as a threat, we need to undergo a paradigm shift that views labour automation as an emancipatory action to free humans from menial labour while still striving for abundance of production.

Pritsker goes on to suggest that by clinging to our notion of work for reward, denying people the resources they need until they prove their worth through work is not sustainable going forward. We cannot continue to maintain the idea that people must work to earn a living, as soon it will be incredibly difficult to find demand for human labour. Technology is by design making production more efficient, a process called ephemeralisation as coined by American author and inventor R. Buckminster Fuller. Ephemeralisation allows us to do ‘more and more with less and less’ until we reach a state of abundance. Scarcity, the concept from which the idea of work originated, is becoming less and less of a reality. It is becoming possible to provide for all basic human needs through good engineering and automation.

We need to shift towards an access based economy instead of a restriction based economy. Everyone deserves to have their basic needs satisfied, not because it’s the right thing to do, but because it is possible to do so. If we continue to maintain our antiquated notion of work, mass unemployment will be inevitable. There is no reason we can’t imagine a better world. According to Pritsker, “All data points to the fact that we are standing in front of a tidal wave of technological unemployment, yet we have yet to have an honest and open discussion about restriction-based economies. Questioning restriction based economies will reveal the true freedom that an access-based economy will bring.”

According to WEF correspondents Schwab and Richard Samans, the technological revolution need not become a race between humans and machines but rather an opportunity for work to truly become a channel through which people realise their full potential. To ensure that we achieve this vision, we need to become more specific and much faster in understanding the changes underway – and cognisant of our collective responsibility to lead our organisations and communities through this transformative moment.

This article originally appeared in Issue 2 2016 of our print magazine. The digital version of the full magazine can be read online or downloaded free of charge. 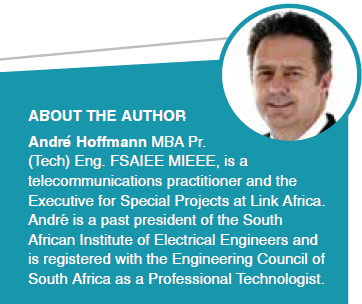 i. Klaus Shwab, The Fourth Industrial Revolution: what it means, how to respond www.weforum.org

ii. Prof Calestous Juma on why the 4th Industrial Revolution is a Mischaracterisation www.thenerveafrica.com