Why energy transitions are the key to environmental progress 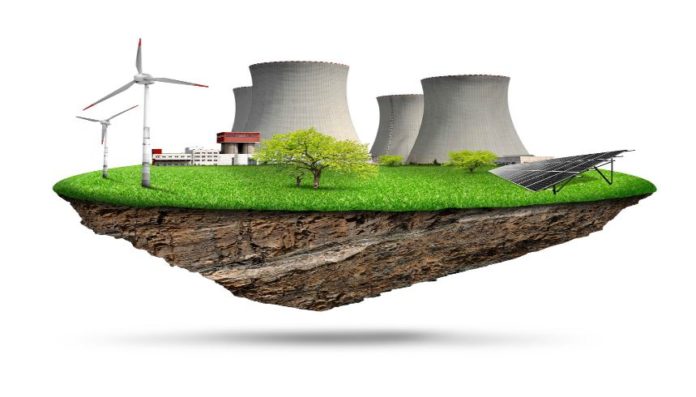 At the United Nations’ climate talks in Paris in 2015, US President Barack Obama and Indian Prime Minister Narendra Modi both emphasised the need to find climate solutions that advance, rather than undermine, India’s development prospects.

But, the reality of what both nations are doing on climate change does not live up to the rhetoric. The overwhelming focus of US-Indian government climate efforts is on expanding renewables and increasing energy efficiency. Both have merit, but should be third in the list of priorities and not topmost.

The main climate and development focus of all governments should be on accelerating the pace of transition in the energy sector, from wood and dung to fossil fuels, and from fossil fuels to nuclear power. To understand why this is, it is important to put energy and environmental progress in their developmental context. Almost all nations develop following the same pattern. Small farmers become more productive and move from the country to the city to work in factories and offices; women become newly empowered; children gain formal education; and couples choose to have fewer children.

As fewer farmers must produce more food for more people, they invest in tractors, fertiliser and other ways to increase productivity. Over time, all of this urbanisation and industrialisation delivers large environmental benefits. Using liquid petroleum gas instead of wood for cooking almost completely eliminates toxic smoke and can save hours of labour a day. As we move from wood fuel to fossil fuel, our forests can return and become habitat for wildlife. Recently, India was able to protect its Himalayan forests by subsidising the substitution of liquid petroleum gas (LPG) for wood fuel.

Factories and cities create more air pollution at first but over time become cleaner and greener. Rising societal wealth allows for pollution controls such as catalytic converters and smokestack scrubbers. Dust is reduced by paving roads, improving mining and land use practices, and tree-planting. In the US and Europe, conventional pollutants have been in decline since the early 1970s, and carbon emissions for the last ten years. Wealthy nations can afford to move from coal to much cleaner natural gas, which generates a tiny fraction of the pollutants of coal, and half the carbon emissions. In the US and Europe, major oil and gas discoveries were key to shifting from coal to natural gas and reducing pollution. North Sea natural gas in deep waters reduced Europe’s reliance on coal starting in the 1980s.

In the US, it was natural gas from shale, a rock formation one mile underground, starting around 2007. China and India both have significant reserves of natural gas and oil in shale, but lack the workforce, drilling rigs and pipeline infrastructure. These will develop over time; the question is at what pace. Because solar and wind cannot generate power 24 hours a day, 365 days a year, their value to developing countries, that need cheap reliable power for their factories and cities, is highly limited. Solar and wind are limited for similar reasons in rich nations as well. As solar and wind become larger contributors to the electrical grid, the value of this resource declines, as Germany is discovering. That is because solar and wind create power when it’s not needed and don’t create power when it is most needed from 5pm to 9pm.

Focus on the wrong ideal

The great emphasis put on an energy source that cannot support industrialisation and urbanisation is not a coincidence. Environmentalists in India and the West have since the 1960s promoted the romantic idea that low-energy consumption, rural subsistence living, and renewable energy are best for people and the environment – the last 50 years show how wrong this idea is.

Economic growth remains tightly coupled with energy consumption. A recent analysis of 76 countries found that Indian and Chinese residents earning $50,000 per year consume the same amount of energy as the Americans and Europeans did when earning that same amount. Where European, US and Indian governments put great emphasis on off-grid solar in rural villages, historically most people gain access to LPG and electricity by moving to cities.

Solar and wind are promoted as energy sources with little negative environmental impact but both have large impacts measured on a ‘per unit of energy’ basis. Both require 100 times more land than fossil and nuclear plants. And wind and solar require five times more concrete and steel, respectively, than coal, nuclear and natural gas plants, according to the US Department of Energy.

Wealthy countries have the strongest scientific and technical workforces capable of building and operating nuclear power plants, but ideological opponents of the technology have successfully spread fear of nuclear energy since the 1960s. Polls show Indians support nuclear energy but the Indian nuclear energy programme is only now recovering after having been isolated from the global community over recusal from the non-proliferation treaty.

As such, the most important work by Modi and Obama on climate change was removing hurdles to greater US-India collaborations on nuclear energy. India could soon start constructing power plants with US and European companies and hopefully, one day soon, the Japanese, Chinese and Koreans. The same should be done on natural gas. The US can help India to better access its natural gas reserves and the Indian government can take advantage of low cost natural gas due to the global oversupply; and potentially start importing large quantities of natural gas from Iran.

Nations around the world, including the US and Europe, show that the transition from wood to fossil fuels takes decades. To the extent that there is energy technology leap-frogging, it will mostly be from wood to natural gas and nuclear, not to solar and wind. Renewables should play a role but should not distract nations from the main event of accelerating energy transitions for environmental progress. ESI